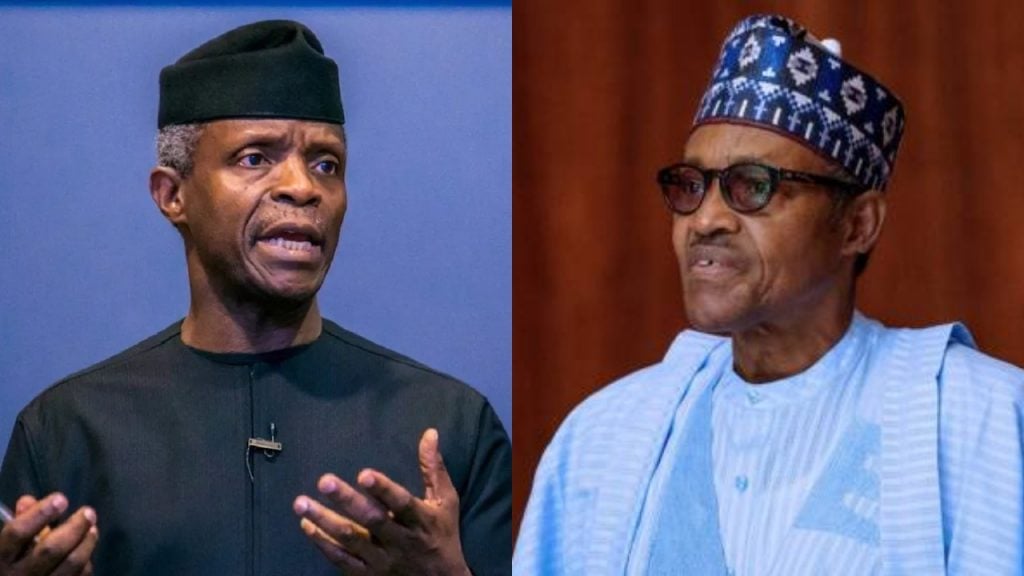 President Muhammadu Buhari led other senior government members to participate in the Wreath Laying Ceremony that marked the climax of the Armed Forces Remembrance Day Celebration on Sunday.

The President arrived at the National Arcade, Abuja, at 10:05 am and was immediately ushered onto the saluting dais for the National Salute.

President Buhari, who inspected the Guards of Honour, accompanied by the Commander, Brigade of Guards, Major General Muhammad Takuti Usman, later proceeded to the Cenotaph for the Wreath Laying Ceremony.

After the President, other dignitaries that laid wreaths were Vice President Yemi Osinbajo; the President of the Senate, Dr Ahmad Lawan; the Speaker of the House of Representatives, Femi Gbajabiamila and the Chief Justice of Nigeria, Justice Olukayode Ariwoola

Related Topics:Buharilay wreaths at armed forces remembrance dayOsinbajo
Up Next

It’s more sensible to learn from history than experience – Osinbajo