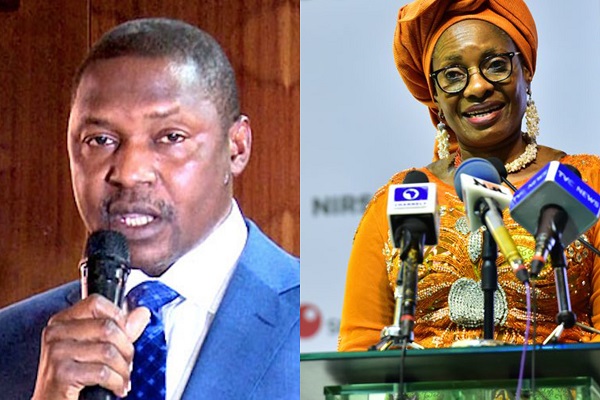 The Attorney General of the Federation (AGF) and Minister of Justice, Abubakar Malami and his counterpart in the Women Affairs Ministry, Mrs. Pauline Tallen, have expressed concerns over the rising cases of sexual and gender-based violence (SGBV) across the country.

Malami and Tallen noted that although the Federal Government has evolved measures to curb the crime, the challenge was how to enhance the capacity of the judiciary to exercise improve access to justice for victims and ensure swift prosecution of the perpetrators.

They appealed for the support of all stakeholders, particularly the Judiciary to urgently address the alarming trend.

The AGF and Women Affairs Minister spoke in Abuja at a capacity building workshop for judges on sexual and gender-based violence (SGBV), use of Practice Direction and Guidelines on trial of SGBV cases and ancillary procedures, organised by the Federal Ministry of Justice.

Malami, who co-chairs the Presidential Inter-ministerial Gender-based Violence Management Committee with Mrs. Tallen, identified the various initiatives put in place by the Fed Govt to address this challenge.

He noted that for the efforts against SGBV to yield meaningful results, the Judiciary must increase its capacity to ensure access to justice and prompt disposal of cases.

He said: “The Federal Government will continue to seek ways to support the Judiciary in developing its capacities, particularly to invest in technologies that are necessary to automate vital aspects of court operations and implement a digital justice delivery system.

“The expectations are that the judiciary must innovate and grow with the times.

“Part of this expected innovation entails imbibing dynamism in the application and adjudication of our laws and cases.”

Malami said the workshop was intended to aid judges in developing insights into the emerging trends in SGBV, which include Conflict Related Sexual Violence (CRSV) and School Related Gender-Based Violence (SRGBV).

He noted that while CRSV cases were prevalent in conflict prone parts of the country, SRGBV are perpetrated in schools.

“SRGBV is highly pervasive in schools in Nigeria across all region today. It has resulted in massive human rights violation and increased the number of out of school children particularly, the girl child.

“There is therefore the need to bring our judiciary and other law enforcement and prosecutorial authorities to the knowledge of these dimensions of SGBV offences, as well as the nuances and dynamics of how to handle the cases,” Malami said.

Mrs. Tallen attributed the spike in SGBV cases to insurgency, protracted conflicts, new trends in kidnapping and the recent flood which swept across the country.

She equally blamed it to existing harmful practices in the country, such as child marriage, noting that 43 per cent of girls are married before the age of 18; while 20 per cent of women, aged 15 to 49 have undergone genital mutilation.

The Women Affairs Minister added: “Available statistics revealed that in Nigena, 30 per cent of girls and women aged between 15 and 49 are reported to have experienced sexual abuse.”

She however regretted that not much has been achieved in the area of prosecution.

“This is unacceptable and efforts must be made to strengthen coordination of multi-sectoral response to address this trend.

“Many survivors have made the violation of their rights public and sought for legal and judicial assistance.

“We are told that these challenges stem from having limited number of courts compared to the large volume of cases, geographical distance to nearest court, language used in courts, most women who are uneducated are unfamiliar with laws that protect their rights, rising cases of secondary victimization, culture of impunity amongst others.

“All these contribute to lack of confidence in the criminal justice system by women, who are subjected to violence,” Mrs. Tallen said.

The Director General, National Agency for the Prohibition of Trafficking in Persons (NAPTIP), Dr. Fatima Waziri gave statistics of the cases handled by her agency last year,

Mrs. Waziri said the NAPTIP recorded more cases of SGBV in the FCT than in all its offices across the country.

She said out of the I342 reported cases last year, 907 were walk-ins, while 435 caes came in through her agency’s call centres.

“Top in the list was spousal abuse, followed by rape, physical injuries and abandonment.

“We currently have 89 cases in court. We were only able to secure four convictions in 2022,” she said.

Dr. Waziri, who was excited that 35 states, except Kano have enacted their versions of the Violence Against Persons (Prohibition) Act, urged the Judiciary to do more to support government’s efforts at addressing the challenges associated with SGBV.

She urged judges to award compression for victims in SGBV cases as provided for in the VAPP Act.