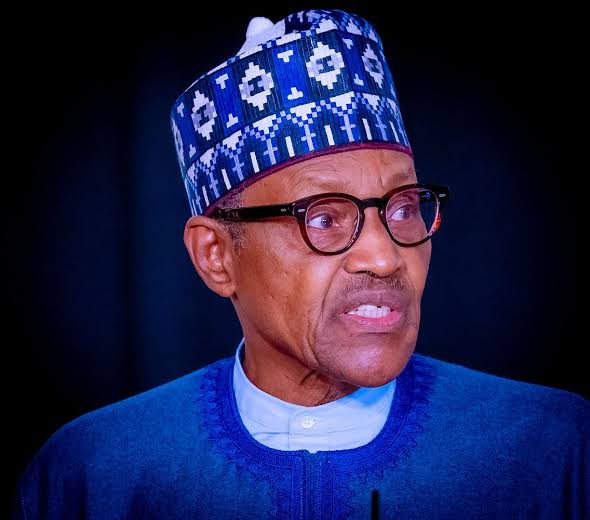 ABUJA– A chieftain of the All Progressive Congress, APC, in Imo State, Senator Ifeanyi Ararume, has slammed N100billion suit against President Muhammadu Buhari, alleging that he was illegally removed as a non Executive Chairman of the newly Incorporated Nigeria National Petroleum Company, NNPC.

In the suit marked FHC/ABJ/CS/691/2022, which he filed through a team of Senior Advocates of Nigeria, SANs led by Chief Chris Uche and Ogwu Onoja, Ararume, formulated four issues for the Federal High Court in Abuja to determine in his favour.

Explicitly, urging the court to determine whether in view of the provisions of the Memorandum and Articles of Association of the NNPC, Companies and Allied Matters Act 2010 and the Petroleum Industry Act 2021, the office of the non Executive Chairman of the NNPC is not governed and regulated by the law.

He is also asking the court to determine whether by the interpretation of section 63 (3) of the Petroleum Industry Act 2021, President Buhari could lawfully remove him as non Executive Chairman of the NNPC for any reason outside the provisions of the law.

As well as, whether the President could sack him without compliance with expressly stated provisions of the Articles of Memorandum of Association of the Company, section 63 (3) of the PIA Act 2021 and section 288 of the CAMA Act 2020.

Besides, he is praying the court to determine whether his purported removal vide a letter dated January 17, 2022, without compliance with expressly stated provisions of the law, was not wrongful, illegal, null and void and of no legal consequence whatsoever.

Upon determination of the issues, the plaintiff, wants the court to declare that by the provisions of section 63 (3) of the PIA Act, CAMA Act and Memorandum of Association of the NNPC, the President could not, by will, remove him from office as non Executive Chairman without following due process of the law.

Aside from seeking to set aside his removal from office, Ararume, prayed the court to reinstate and restore him back with all the appurtenant rights and privileges of the office of the NNPC non Executive Chairman.

The plaintiff further demanded for the nullification and setting aside of all decisions and resolutions the NNPC Board has made in his absence, starting from January 17, 2022 till date, and another order restraining the defendants from removing his name as Director of the Company.

In a 75 paragraph affidavit that was filed in support of the suit, Ararume, told the court that upon the passage of the Petroleum Industry Act 2021, the former NNPC and its subsidiaries were unbundled to become Nigeria National Petroleum Company registered with the Corporate Affairs Commission, CAC, with number 1843987.

He told the court that on October 20, 2021, President Buhari approved his appointment as a non Executive Chairman for a period of initial five years and his name subsequently registered in the Memorandum of Articles of the Company with the appointment announced to the whole world.

According to him, based on the appointment, he attended the 23rd World Petroleum Congress in the United States of America, USA.

Ararume said he was surprised that President Buhari, on January 7th, 2022, inaugurated the NNPC Board without a recourse to him, while another person was named in his place.

He said he was subsequently notified by a letter dated January 17, 2022, of the withdrawal of his appointment without any reason adduced to justify the action against him.

The plaintiff told the court that he was not guilty of any pre-conditions for removal and was never declared bankrupt or adjudged medically unfit for the job.

He said the President’s action, by unlawfully sacking him from the position, fuelled public suspicion and rumours against his person, insisting that he has suffered loss of credibility, goodwill, untold emotional, mental and psychological trauma as well as public humiliation and degradation.

Consequently, he demanded for his reinstatement and the award of N100bn to him as compensation.

When the case was called up on Wednesday, Justice Inyang Ekwo ordered that the CAC should be joined as a party in the matter.

The matter was later adjourned till December 15 for mention

Related Topics:demands N100bn over sack as NNPC CharmanShocking: Ararume drags Buhari to court
Up Next