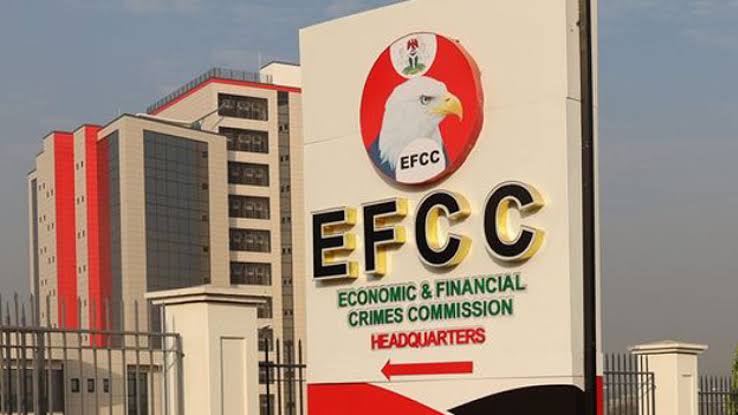 The Economic and Financial Crimes Commission (EFCC) has arraigned a businessman, Bernard Nzenwa, before an Ikeja Special Offences Court for alleged issuance of false document.

EFCC arraigned Nzenwa alongside his company, Omega Maritine and Energy Ltd. on a count charge of issuance of false document.

The defendant, who also answered for the company, however, pleaded not guilty to the charge.

The anti-graft agency alleged that, Nzenwa along with a company, Omega Maritine and Energy Ltd. and one Dr. Oluchi Nzenwa (now at large) issued false document purported to have emanated from Guaranty Trust Bank.

The EFCC counsel, Mr Gabriel Akaogu, told the court that the defendants on March 9, 2011 issued a false document titled, “bond for the re-exportation of imported goods delivered without payment of import duty which they purported to have emanated from the bank.

Following his not guilty plea, Akaogu prayed the court to remand the defendant in correctional facility pending the determination of the case.

However, the defence counsel, Mr. Clinton Eaezie, in his oral application prayed the court to grant bail to the defendant, arguing that the defendant was granted administrative bail at the EFCC office and thus not a flight risk.

Justice Ramon Oshodi declined the defendant bail on the basis of an oral application.

Oshodi, in his short ruling, held that the defence counsel could not furnish the court with the terms and conditions the defendant was granted bail in EFCC custody and did not file bail application for the defendant.

“This is a court of record. I am not inclined to take the defendant’s oral bail application.

“The defence counsel was not able to furnish the court with the details of the terms of the administrative bail. I cannot grant him interim condition.

“The defendant is hereby remanded in EFCC custody,” he ruled.

The court also said the counsel could file his client’s bail application before the next adjourned date and subsequently fixed Feb. 17 for trial.

According to the prosecution, the alleged offence is contrary to Section 360 (1)(b) and punishable under section 364(1) of the Criminal Law of Lagos State, 2011. (NAN)

Advertisement
Related Topics:EFCC arraigns businessman for alleged issuance of false document
Up Next

Buhari maintains that his handing over of the reins of power on May 29, 2023, remains sacrosanct