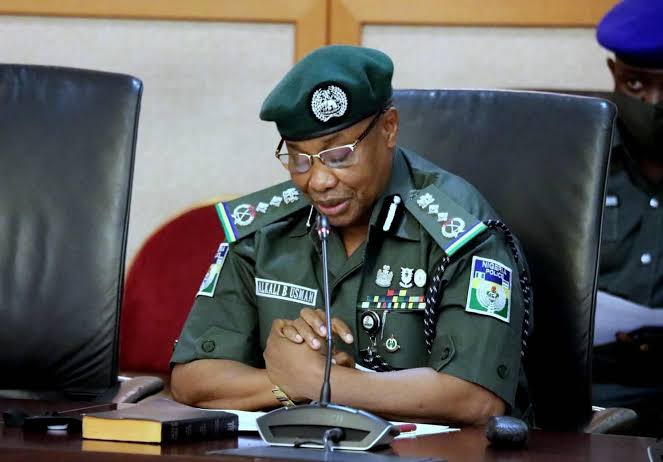 The Inspector General of Police, Usman Alkali Baba, said yesterday that a team has been set up to thoroughly investigate the attack on the convoy of the presidential candidate of Peoples Democratic Party, PDP, Alhaji, Atiku Abubakar, in Maiduguri, Borno State, yesterday.

Recall that no fewer than 74 persons innured in the attack were hospitalised, while over a hundred vehicles in the convoy were also vandalised.

The IGP spoke on a day the New Nigeria Peoples Party, NNPP, also condemned in very strong terms, the attack on the PDP presidential candidate, asking the Abdulsalami Abubakar-led National Peace Committee to convene a meeting of political party leaders and presidential candidates to review the Peace Accord signed by all parties.

Borno State police command had said in a statement that the PDP presidential candidate’s convoy was not attacked, adding that the campaign rally held without any incident.

But speaking at the 57th ministerial briefing in Abuja, IGP Alkali-Baba explained that assessment from the Borno State police command PRO might have been too hasty and not conclusive, hence the need to establish a team to make holistic assessment from the various narratives to ascertain the true picture, with a view to preventing a recurrence.

He asserted that campaigns and rallies were being policed and optimal protection given, particularly when prompt information was provided about such political events.

The IGP acknowledged that some aspects of police duties had been commercialized to generate more revenue through the Police Specialized Automated Services, POSSAB, portal but noted that the service had been abused.

He, however, jetissoned the idea that unscrupulous persons could use the portal to gain protection from the police.

Recall that the Peoples Democratic Party, PDP, had condemned the attack on the convoy of its presidential candidate

Scores of Atiku’s supporters were injured on Wednesday when hoodlums attacked the convoy of the presidential hopeful in Maiduguri, the state capital.

Atiku’s convoy was attacked just as he left the Palace of the Shehu of Borno to Ramat Square, the venue of the presidential rally.

Shortly after the attack, PDP spokesman, Debo Ologunagba, issued a statement, calling on the Inspector General of Police, Usman Alkali Baba, to “arrest this constant incidence of violence being unleashed.”

He accused the ruling All Progressives Congress, APC, of orchestrating the attack by sponsoring the armed thugs.

“The attack on the PDP Presidential campaign train as it made its way into Maiduguri city amidst thunderous cheers by the people further confirms APC’s frustration, bitter envy and disconcertedness over the overwhelming popularity of the PDP and our presidential candidate, Atiku Abubakar in Borno State, the North-East Zone and across the nation; for which the APC has resorted to violence.

“Our party has information about how agents of certain APC leaders mobilised the thugs with the aim to escalate violence in Maiduguri and prevent the PDP from holding its presidential campaign rally in the state.

“Nigerians witnessed with horror how hundreds of APC’s armed thugs stationed at major roundabouts and intersections in the city of Maiduguri unleashed violence on the PDP Presidential Campaign convoy and innocent citizens going about their lawful activities in a gruesome attack that left over 70 persons gravely injured and hospitalised.

“This attack is consistent with APC’s habitual resort to violence in the face of rejection by the people as also witnessed in the attack on the PDP’s Presidential Campaign Rally in Kaduna State on October 17, 2022.

“APC’s barbaric and anti-social behaviour is contrary to the Peace Accord it signed on September 28, 2022 and constitutes a clear and present danger to democracy, our electoral process and the 2023 general elections.

“It is clear that the APC has since become confused, frenetic and chaotic following the daily mass exodus of its key members into the PDP across the nooks and crannies of the State as witnessed at the PDP presidential campaign rally in Maiduguri in support of Atiku Abubakar and in clear rejection of the APC presidential candidate, Asiwaju Bola Ahmed Tinubu, and his running mate, Kashim Shettima,” the statement had read.

Borno State chapter of All Progressives Congress, APC, has since denied that its supporters attacked the PDP presidential candidate’s convoy.

Advertisement
Related Topics:We’ve set up team to investigate Atiku convoy’s attack in Borno — IGP
Up Next