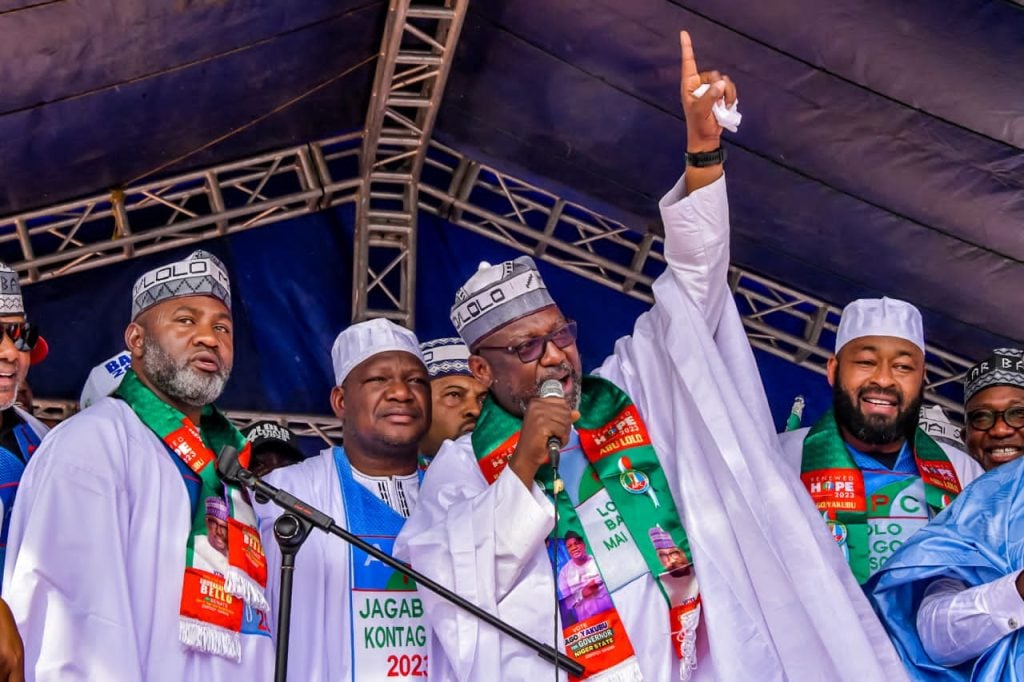 The district head of Zugurma, Mashegu Local Government Area of Niger State, Alh Usman Baiwa has called on the state government to adopt more security measures for safe return of those still in captivity of bandits.

The traditional ruler who made the call on behalf of his colleagues during a meeting with the candidates of the All Progressives Congress, APC, of Niger North Senatorial District in Mashegu LGA, commended the prompt response of Governor Abubakar Sani Bello on security issues.

Baiwa assured the governor, who is seeking election for the zone’s senatorial seat, the gubernatorial candidate, Umar Bago, national and state assemblies candidates of their support and loyalty, while blessing and wishing them victory in the elections.

The governor along with other candidates of the party from the senatorial district at the meeting sought the support of the traditional rulers to ensure victory in the elections.

Advertisement
Related Topics:Niger districts heads call for measure to free captives of bandits
Up Next