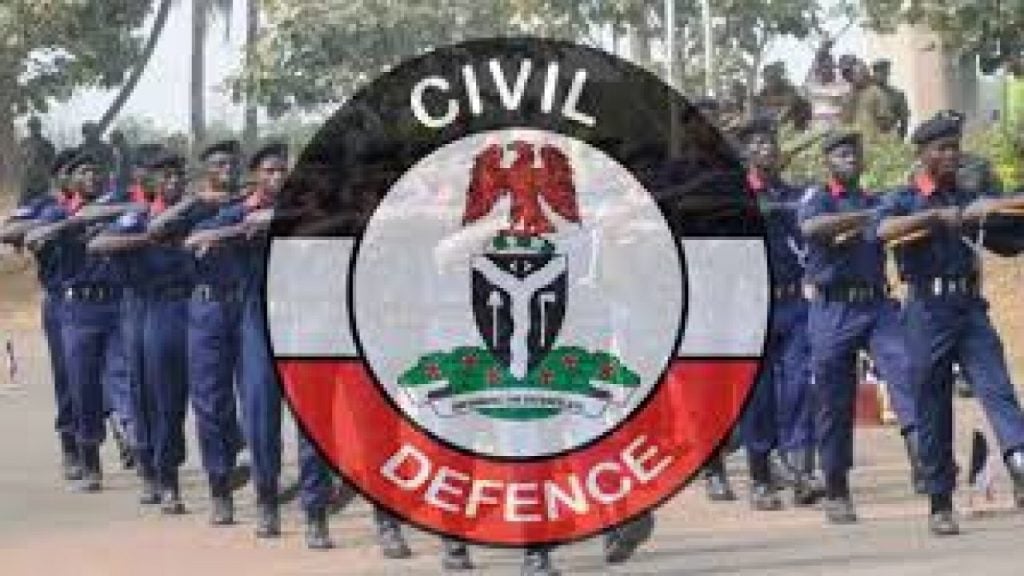 The trucks were arrested by the anti-vandals squad of the corps following credible intelligence.

Niger State Commandant of NSCDC Ahmed Mohammed Dandare made the disclosure while addressing newsmen in Minna on the successes recorded by the corps under his leadership.

Dandare stated: “Following a tip-off, men of the command arrested this Tuesday an articulated truck with registration number FGE 682 ZS Kano, loaded with railway slippers at Paiko in Paikoro Local Government Council of the state.”

He explained that one of the truck drivers, Ahmed Lawan, 25, from Jos North Local Government Area of Plateau State, in his statement claimed he was offered the sum of one million naira to transport the items to Ilorin, Kwara State.

According to the suspect, the sum of N100, 000 had already been deposited into his account, while the balance of N900,000 is to be paid on delivery.

The commandant, however, said the suspect also claimed the money paid to him had been used to settle the locals who blocked the road and refused to allow the truck to leave their community.

Similarly, another truck with registration number DTM 587 XA Katsina, fully loaded with railway slippers at Garatu village in Bosso LGA was intercepted but the driver abandoned the truck and ran away.

“We will continue to keep 24 hours surveillance on all local government facilities in Niger State. The Commandant General of NSCDC, Dr Ahmed Abubakar Audi, has directed state commandants to deal ruthlessly with any individual or group found vandalising public assets,” Dandare said