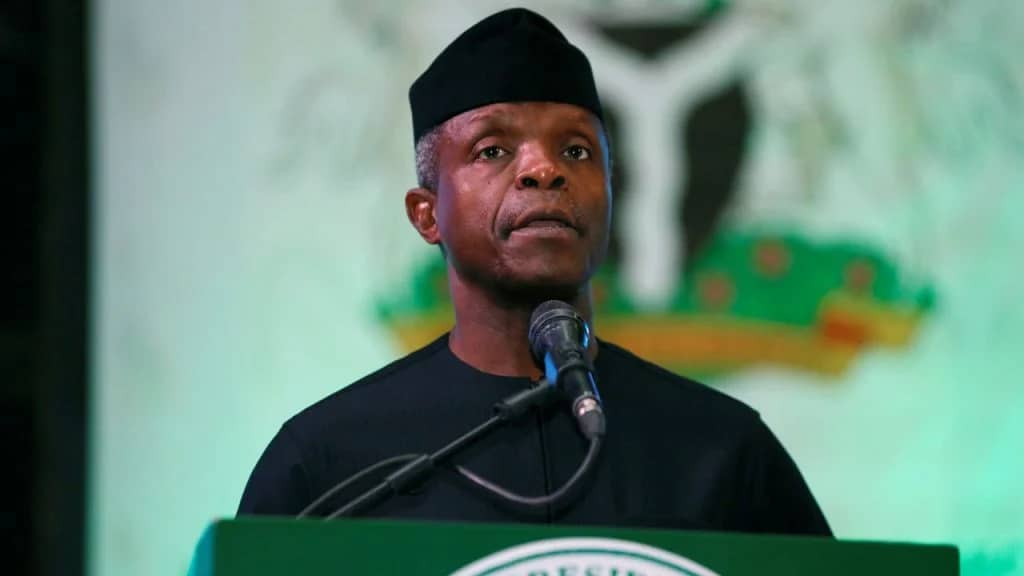 Vice President Yemi Osinbajo said corruption should not be seen as something peculiar to Nigeria.

The Nigerian leader spoke Tuesday while delivering a lecture titled, “Values: The Difference Between Success And Failure” at the 100th anniversary of the Baptist Boys High School, BBHS, Abeokuta, Ogun State.

According to him, Nigeria will “fail completely if the leaders do not accept and implement” what he termed an ‘ethical revolution’ to bring about the needed change in Nigeria.

Osinbajo stressed that the government must lead the ethical revolution by rewarding good ethical behaviours and ensuring speedy punishment for misconduct.

While asking Nigerians to expunge the view that corruption is only synonymous with Nigeria, Osinbajo said no modern society is free of corruption.

“Every modern society has had to deal with corruption. Corruption is not a Nigerian thing. Sometimes, we deceive ourselves that corruption is Nigerian, no, many countries, in fact, most countries of the world, had been more corrupt than us; but their elites sat down and decided they have to deal with it because if they do not deal with it, it will deal with them,” he said.

He said elites in modern societies today dealt with corruption by sitting down and saying “we have to agree this is the way forward, we cannot continue to repeat the same thing, we must enthrone minimum ethical standard to succeed

Related Topics:Nigeria not only corrupt nation – Osinbajo
Up Next

Collaborate with other security agencies – AIG to Niger Police Command