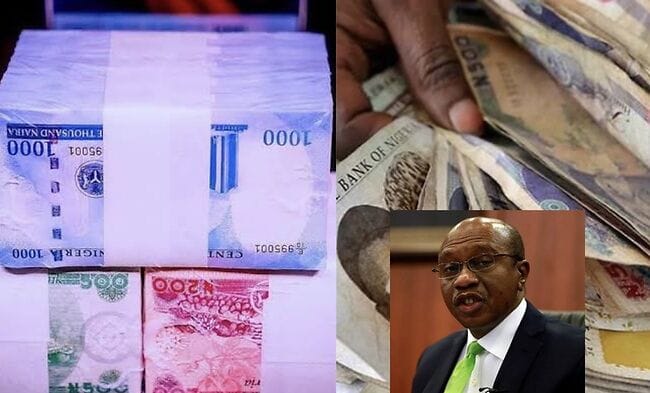 The Central Bank of Nigeria (CBN) has unveiled a cash swap programme in partnership with Super Agents and Deposit Money Banks (DMBs) to enable those in either the rural areas or people with limited access to formal financial services to exchange old naira notes for the new notes.

The initiative, which takes effect from Monday, is coming nine days to the deadline of January 31 given by the apex bank for people to deposit the old naira notes with their commercial banks.

The CBN’s Director of Banking Supervision, Mr Haruna Mustafa, disclosed this in a circular to DMBs, mobile money operators and super agents.

According to him, the move will work simultaneously with sustained nationwide awareness sensitisation programmes, enforced speedy collection of the new notes at CBN branches by the Deposit Money Banks (DMBs) and mandated issuance of the new notes through Automated Teller Machines (ATMs) .

He said under the cash swap arrangement, the old N1,000, N500 and N200 notes can be exchanged for the redesigned notes and/ or the existing lower denominations (N100, N50 and N20) which remain legal tender.

The circular stated: “The agent shall exchange a maximum of N10,000 per person. Amounts above N10,000 may be treated as cash-in deposits into wallets or bank accounts in line with the cashless policy. BVN, NIN, or voter card details of the customers should be captured as much as possible.

“To promote financial inclusion, this service is also available to anybody without a bank account. Agents may, on request, instantly open a wallet or account, leveraging the CBN Tiered KYC Framework. This will ensure that this category of the populace is able to exchange or deposit their cash seamlessly without taking unnecessary risks or incurring undue costs.

“Designated agents are eligible to collect the redesigned notes from DMBs in line with the Revised Cash Withdrawal Limit policy. Agents are also permitted to charge cashout fees for the cash swap transactions but prohibited from charging any further commissions to customers for this service”.

To make the process seamless, the CBN pointed out that agents are required to render weekly returns to their designated banks re- garding cash swap transac- tions.

Traders in Anambra State have raised an alarm over the non-availability of the redesigned naira notes, accusing commercial banks of hoarding the currency and selling to currency hawkers.

The traders, who spoke with TrackNews Media, lamented the lack of access to the redesigned notes, calling on the CBN to wade into the situation.

Some traders in Nkwo Nnewi new spare parts market, who reacted to the unavailability of the new notes in banks, protested to officials of the CBN who were in the market to sensitise them on the new notes.

Some of the traders told the official that as of last Friday, they could not access the new naira notes in banks across the state.

They said they only accessed them through curency hawkers, wondering how the hawkers could have the notes in large quantities while commercial banks don’t.
CBN sanctions banks dispensing old notes, says new note cant be counterfeited
The apex bank on Saturday said it had sanctioned banks in Ogun State for dispensing old naira notes to customers.

This was disclosed by the Branch Controller of the apex bank, Alhaji Wahab Oseni, during the monitoring of compliance level of commercial banks dispensing redesigned notes through Automated Teller Machines (ATMs) in Sagamu and Ijebu Ode areas of the state.

Oseni said there was no reason for commercial banks to load their ATMs with the old notes, stressing that the CBN had provided banks with sufficient redesigned naira notes.
He said: “We have con- tacted one or two banks, we saw old notes being dis- pensed through ATMs and we had issued appropriate sanctions to the bank.”

Oseni, during a sensitisation programme held at the Awolowo Market in Sagamu, urged members of the pub- lic not to keep piling the old notes, just as he advised them not to reject the old ones despite the introduction of the redesigned ones.

He stated further that all banks had been mandated to work on Saturdays so as to enable customers to deposit their money, noting that the circulation of the new notes in the state has improved.

“We have enough new currencies in Ogun. I am very sure it is the same throughout the federation. The situation has improved tremendously. The banks must be collecting the old notes. Members of the pub- lic are encouraged to pro- vide CBN with information of any banks not complying,” Oseni said.