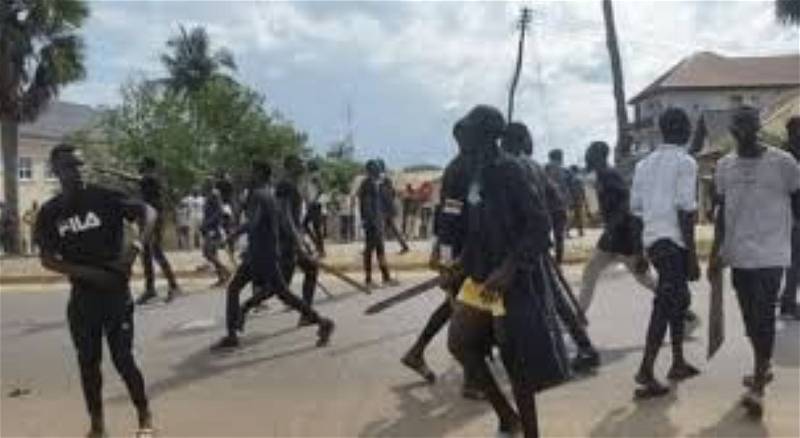 Northern States Christian Elders Forum, NOSCEF, has raised the fear over the worsening insecurity in the region, warning that it can lead to the disenfranchisement of eligible voters.

NOSCEF condemned in strong terms the increasing targeting and killing of clerics and others, calling on the government to beef up security in the region ahead of the general elections.

Chairman of NOSCEF, Ejoga Inalegu in a statement yesterday, among others, said “We were excited when politicians were able to make night visits to areas of hitherto high insecurity only to at the same time be greeted with sustained attacks against communities in Southern Kaduna at about the same time.

As the 2023 elections approach, we urge parents to counsel their wards against making themselves available to be used as political thugs to cause violence during the coming elections.

“We urge Nigerians to disappoint politicians who in their desperate bid to win elections at all costs, embark on divisive politics of exclusion, in-spite of the pleas of patriotic Nigerians. We plead with Nigerians to, with one voice; through the ballot box send the message that we reject those who believe that winning an election is more important than the harmonious existence of the nation.

“Remember that the massive money they are using to buy and make people compromise their conscience is our money. Whether you collect or don’t collect their ill-gotten money, be prepared to vote out those propagating politics of exclusion and make it unattractive for the future. We urge all registered voters to collect their PVCs to be able to exercise their voting rights in the forthcoming election.

“Our hearts go out to the families of Rev. Father Achi who was burnt alive in Niger State, his assistant who was shot, the many killed recently in the Kagoro attacks, the 25 people kidnapped during church service yesterday January 15th 2023 in Katsina state and a host of others in the recent past. We pray for comfort for the families of those killed in the Church and God’s intervention for those in kidnapper’s dens and quick recovery for the injured.”