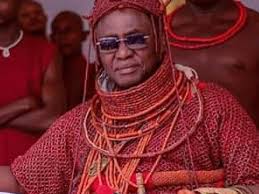 The Benin Monarch, His Royal Majesty, Oba Ewuare II, has called for stakeholders’ support in order to actualise the proposed new federal government projects in Edo State and the south-south.

He made the call when the Minister of Health, Dr. Osagie Ehanire paid him a courtesy visit in his palace in Benin City, the State Capital, where he briefed the monarch and his chiefs about the activities of his Ministry.

The proposed federal government projects included the National Orthopaedic Hospital and the National Fistula Hospital as well as Centre of Excellence for Sickle Cell Anaemia treatment at the University of Benin Teaching Hospital (UBTH), Benin City.

Oba Ewuare II commended the minister for supporting the return of looted Benin artefacts and the efforts of his Ministry in curbing Coronavirus pandemic in Nigeria.

The traditional ruler who spoke in Edo Language said, “You are doing your job there and you are getting results.”

“It is important to give a piece of advice and support you with prayers that will enable you to achieve your goals. We are aware that there seems to be some challenges. We will assist you.

“You will recall that the discussion between us on the National Orthopaedic Hospital did not start today. It is important for Edo people to support this projects.

“It is an emergency. This goes to show that your tenure as a minister is yielding fruits; Edo people are blessed.

“We should continue to support him and his ministry in prayer so that nobody will divert the good things that are coming to Edo State. It shall be well with all of us,”

Addressing the Benin throne earlier, the Minister of Health, Dr. Osagie Ehanire, highlighted the immense benefits of the projects which included employment creation and improved productivity in healthcare delivery system.

He attributed bureaucratic bottleneck in acquiring land from the state government as largely responsible for the delay in takeoff of the National Orthopaedic Hospital project.

Related Topics:Oba of Benin Seeks Stakeholders’ Support for New FG Projects in Edo
Up Next

Edo APC Asks Obaseki to Account for Usage of 13% Derivation