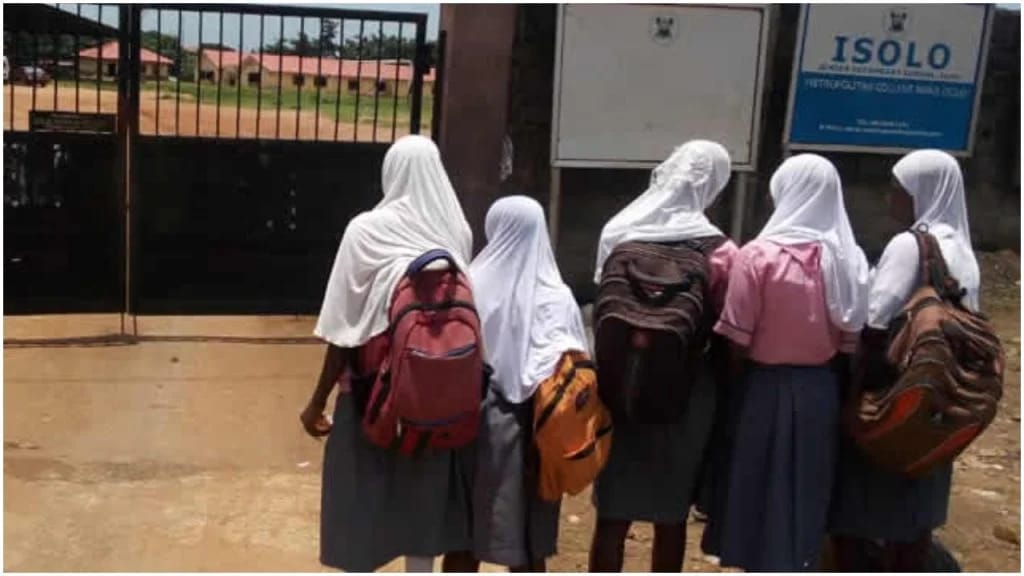 School girls in Ogun State have been asked to start covering their heads with hijab in public schools.

This call was made by the League of Imams and Alfas Ogun State, during its December meeting held in Abeokuta, the Ogun State capital.

The Islamic clerics asked all female Muslim students in Ogun to start using Hijab in public schools in the State.

The declaration, they said, followed a recent meeting they had with the State government on the need for their female children to adorn themselves with hijab on their school uniforms in government-owned schools.

In a statement signed by its Secretary General, Sheikh Tajudeen Adewunmi, after the Tuesday’s meeting, the Islamic leaders, said the commencement of the usage of hijab starts January 9, 2023 when the students would resume for their second term.

They clarified that only “desiring and willing female Muslim students could adorn white colour shoulder length cape hijab as they resume for the second term of the 2022/2023 academic session on Monday 9th January, 2023 and henceforth without any fear of molestation or punishment.”

The statement read partly that, “Many female Muslim students in Nigeria, and Ogun State in particular have continued to feature unnecessarily in many protracted cases of infringements on their rights in their quest to practice their religion, especially as regards the use of hijab in schools