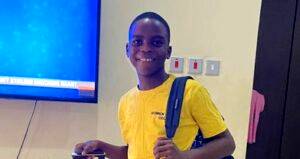 The family of Sylvester Oromoni Jnr, a deceased JSS II student of Dowen College, Lekki, Lagos state, who died as a result of torture meted out by some senior students, has cried out over the year-long delay in the Coroner Inquest ordered by the Lagos state government into the incident, saying they may be forced into an alternative legal action to seek justice.

The late student died on November 30, 2021, after surviving internal injuries and the poisonous black substance he was forced to drink during the torture for a few weeks. The one-year circle was completed on Wednesday, November 30, 2022.

In a statement titled “Late Sylvester Oromoni Jnr; No Justice For The Deceased and Family One Year After,” a copy of which was made available to newsmen in Warri today, the deceased father, Sylvester Oromoni, gave the Panel a 30-day ultimatum to make its report public so that he could move on with his next line of action.

“Upon the death of Late Sylvester Oromoni (Jnr), a former student of Dowen College, Lekki Lagos State, on the 30th of November, 2021, as a result of bullying, assault, negligence, and administration of poisonous substance while in the school, a Coroner Inquest was ordered by the Lagos State Government to unravel the cause of death, which commenced on the 21st day of January, 2022 at the Magistrate Court, Epe (now Magistrate

“Earlier legal advice issued by the Office of the Director of Public Prosecution, Ministry of Justice, Lagos State indicted Dowen College and some of its employees and recommended that they be prosecuted under Section 252 of the Criminal Law (C17) Vol. 3 Laws of Lagos State 2015.” Despite this advice, the indicted individuals continue to walk freely, while the deceased’s body remains in the morgue.”

“With the Honourable Coroner’s efforts and the cooperation of several parents, particularly the parents of the two witnesses who came from Abuja to testify on November 14th, 2022, the Coroner thereafter adjourned proceedings to November 21st, 2022 for Dowen College to produce the two remaining witnesses from the school.”

“However, due to the College’s antics and strategy, the school refused to provide these two witnesses who are currently enrolled at Dowen College on the said 21st November, 2022 to testify before the Coroner.” As a result, the Inquest was postponed until November 28th, 2022.”

“Unfortunately, the Coroner was unable to sit on this date due to the unavailability of these critical Dowen College witnesses.” At this point, it should be noted that the Coroner’s Inquest into the Ikoyi building collapse of 2021, in which 52 people died, did not take this long, and the Ojota Yoruba rally, in which one Miss Jumoke Oyeleke died, has since concluded.”

“As the deceased’s father, I cannot be tired or discouraged from pursuing justice because I promised my son that I would get him justice even if it took thirty (30) years.”

“Today, November 30, 2022, marks a year since my son’s death, and his body is still in the morgue, waiting to be buried.” The purpose of today’s one-year memorial is to inform Nigerians and the rest of the world about the current status of the Inquest and the antics of Dowen College.”

“I am also aware that some civil society organizations and non-governmental organizations (NGOs) in Abuja and Lagos are also commemorating his one-year untimely death today.” May Sylvester Oromoni (Jr.soul )’s and all departed souls rest in perfect peace. Amen”.

“At this point, I would like to ask the Honourable Coroner to please do the right thing and end the inquest as soon as possible because Nigerians and the entire world are waiting for justice in this case and justice delayed is justice denied.”

“This struggle is not only about my late son, but also about my own way of preventing a repeat of this tragic incident.”

“In the same vein, we urge the Lagos State Government to charge Dowen College and all of the staff who were previously recommended for prosecution in the DPP advice of December 30th, 2021 to court as soon as possible.”

“Dowen College has already put a lot of things in order in the school premises that were not available at the material time since the start of this Coroner.”

“You may be interested to know that CCTV cameras and a football pitch have been installed in place of the former concrete basketball court that was being used.”

“I must state unequivocally that if this Inquest is not completed by the end of this year, I will be forced to withdraw from it in order to pursue a different legal course.”

Advertisement
Related Topics:One year laterwe have yet to receive justice — Sylvester Oromoni
Up Next

Elders of the Igbo people are outraged by the killings in Ebonyi and Enugu.

Details emerge as Gov Fintiri’s convoy involved in another accident, 3 die, others hospitalised