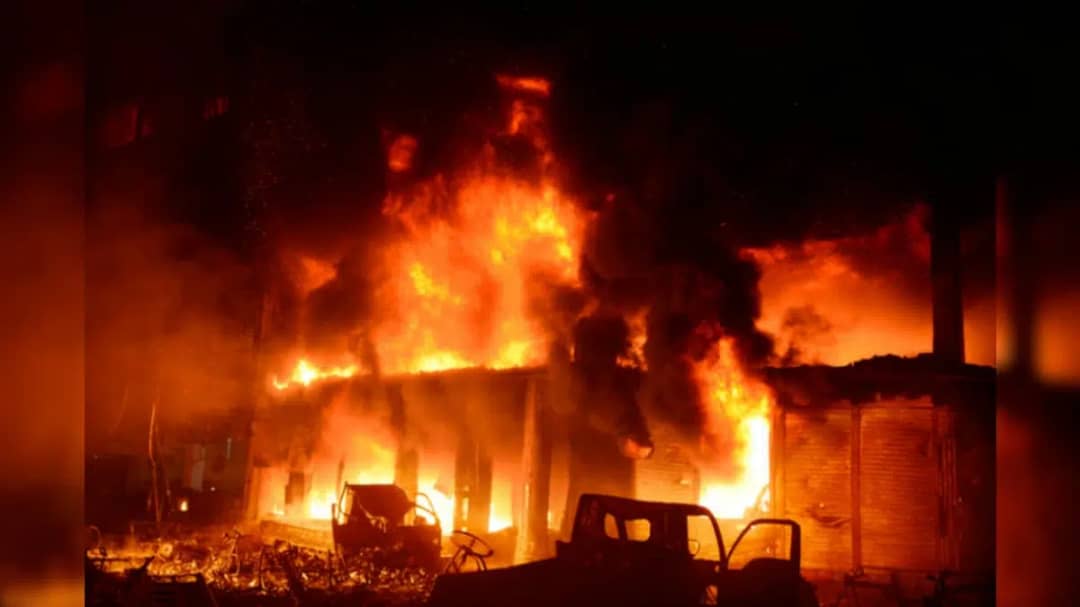 Many people are believed to be trapped in the fire, which began around 12:10 p.m. on Tuesday.

While details about the incident are still sketchy, it has been revealed that the fire began when chemicals stored in several shops began exploding one after the other.

Hundreds of people were also reported to have been injured as the chemicals escaped at various angles and struck them.

Firefighters from Anambra and Delta states are on the ground battling the blaze.

Advertisement
Related Topics:Onitsha Market rocked by an explosion.
Up Next