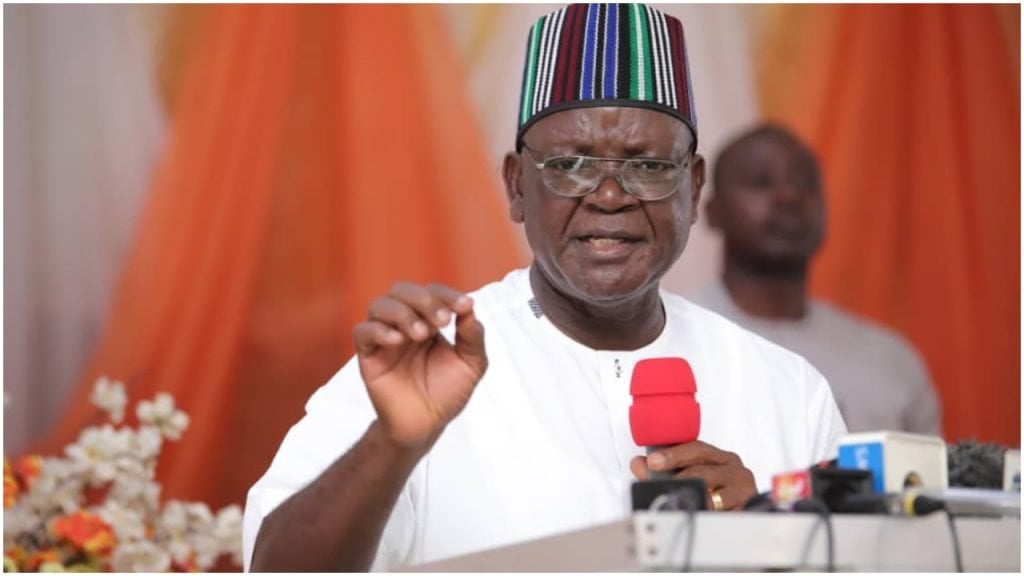 Benue State Governor, Samuel Ortom, on Sunday, donated the sum of 10 million Naira and a bus to the Victory Bible Church, Makurdi, to enable the Church acquire additional land for the expansion of its headquarters in the State capital.

The Governor revealed this when he gave an exhortation during the dedication of the Church’s building and a thanksgiving service of his ally, Barr. Andrew Wombo.

In his exhortation, Ortom urged Christians not to relent in doing God’s will so that He may have mercy and redeem Nigeria from the woes the country was passing through.

The Governor enjoined Christians to always listen to God’s counsel, walk with Him and seek to please him at all times, emphasising that they must pray without ceasing so as to be guided by God in their endeavors.

He stressed that faith, prayer and work were core pillars in the life of a Christian, stating that faith without work was dead according to biblical injunctions, as Christians’ prayers should match with good works of faith.

He particularly charged Christians to take a decisive stand in this year’s forthcoming election by voting for those who will liberate the country from security and economic challenges.

While expressing delight with the progress the Victory Liberation Ministry has continued to record from its humble beginning, Governor Ortom lauded the presiding Bishop of the Church, Rt. Rev. Terdoo Angbagh for keeping faith with God in the ministry

2023: Pastor Tunde Bakare tells Nigerians those to reject during election