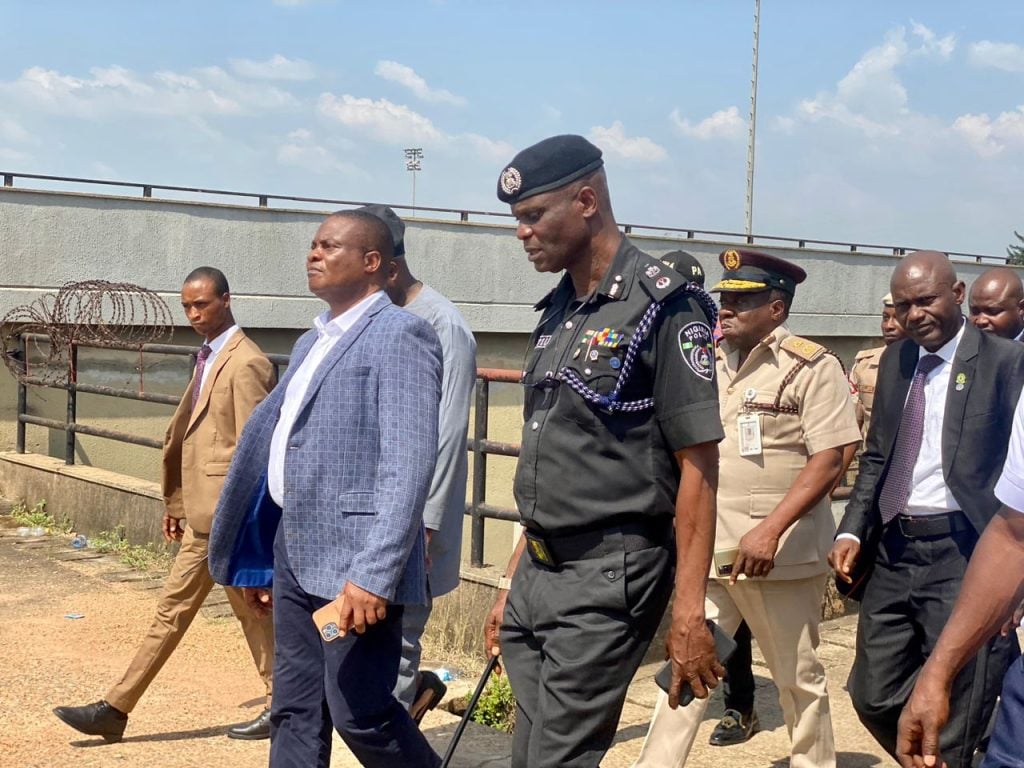 Ahead of Senator Ademola Adeleke’s inauguration as governor of Osun State on Sunday, November 27, 2022, the Osun State Commissioner of Police, Faleye Sunday Olaleye, has stated that all security agencies in the state are prepared to deal with political miscreants who threaten to disrupt the inauguration process.

Olaleye, the chairman of the Joint Security Council, stated this on Tuesday while inspecting the Osogbo Township Stadium, which will host the inauguration ceremony on Sunday.

Olaleye, who led other heads of security agencies in the state to the stadium, revealed that the inspection’s goal is to map out strategies for the day.

“We have heard a lot of rumours and misinformation that the program may be disrupted,” said the Osun police chief.

“We heard that thugs are coming in to forcefully take the venue, burn party offices, and tear posters. We just want to warn them that they should not dare us, and anyone who wants to cause trouble will be held responsible.”

“We are aware that there are thugs, and we have met with the executives of both parties, who have assured us that nothing will distort the program on Sunday.”

“However, we assure the third party spreading misinformation that we are up to the task, as we discussed in the meeting.” We’ve planned everything out. We simply want to issue a warning. Nobody should dare to challenge us,” he added.

Olaleye urged parents and guardians to warn their children about anything that could lead to a breach of the peace, warning that anyone caught will face the full wrath of the law.

While maintaining that it is not business as usual, he encouraged law-abiding citizens to attend the inauguration without fear because adequate security had been provided before, during, and after the transition period.

Related Topics:Osun inauguration: Security agencies warn of a rumored threat
Up Next