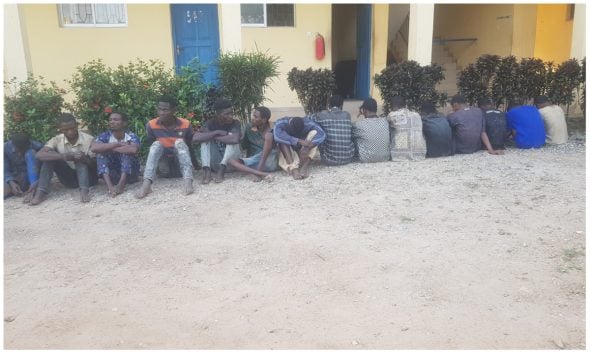 The Commissioner of Police, Osun State Police Command, Faleye Sunday Olaleye has reiterated the assurance of the command to make the State unsafe for criminals and unscrupulous elements.

Olaleye made this known at the parade of suspected criminals at the police headquarters, Osogbo on Thursday.

The suspects paraded by the police included those apprehended for conspiracy and stealing, case of conduct likely to cause breach of peace and dissemination of false information, armed robbery, murder, stolen vehicle, fraud, obtaining money under false pretence and those arrested during police raids to hideouts across the State.

He said items recovered by the police from the suspects included three axes, three cutlasses, one dane gun, one catapult, locally made bullets and criminal charms.