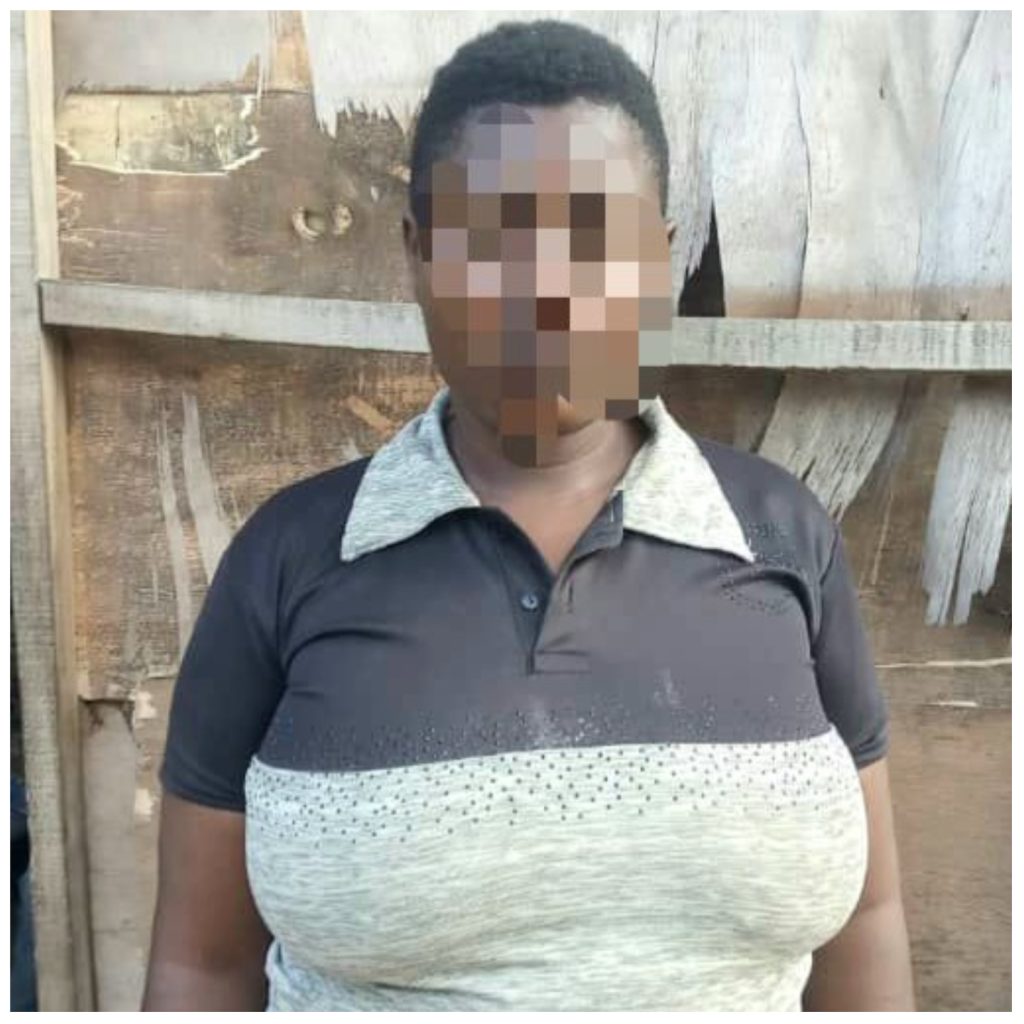 Her arrest followed intelligence the security agency gathered during the inquiry into the abduction of a 3-year-old boy, Bright.

The incident occurred on October 27, 2022 in the Ejigbo area, Public Relations Officer, Benjamin Hundeyin said in a statement on Sunday.

Joy was arrested in the Omi Adio area of Oyo State with another victim, 7-year-old Moses, whom she abducted in Olopo Meta.

The police however rescued Bright in Akute, Ogun State, the same day the woman was nabbed.

Further investigation revealed that Joy was a neighbor to Bright’s parents and received N55,000 for his return.

She then took the boy to her friend’s shop in Akute, begged her to babysit while she went shopping, and left.

Hundeyin disclosed that the friend quickly notified the Ojodu Abiosun Police Division about the abandoned child.

Joy, who fled Lagos after dropping Bright, moved to Oyo where she abducted Moses. She collected N20,000 from the parents.

The police statement said the boys have been reunited with their families, and the suspect will be charged to court

A legislator calls for implementation of Child Rights Act