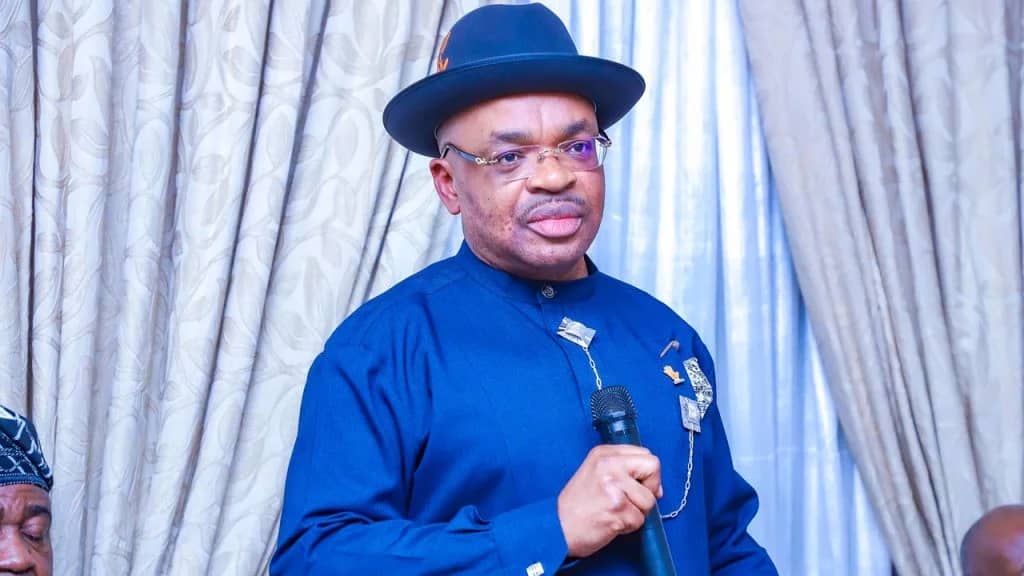 Governor Udom Emmanuel of Akwa Ibom State said he has nothing to do with the legal travails of some governorship candidates of the opposition political parties in the state as being speculated.

The Economic And Financial Crimes Commission, EFCC, is currently prosecuting the governorship candidate of the Young Progressives Party, Senator Bassey Albert for graft and judgement is being expected a few days from now.

Speaking at the commissioning of the two Airbus-A320-200 at the Victor Attah International Airport in Uyo, the governor said he knew nothing about any corruption case against the Senator saying that blackmailers should not rope him into the travails of the candidate.

He said the anti-graft agency is performing its constitutional responsibility.

The governor lamented that he had been bombarded with calls by friends and associates that he was trying to jail a Governorship candidate wondering how that could be possible as he was neither a judge nor the governor when the trial by EFCC started.

He, therefore, urged those concerned to face their cases and sort out themselves, emphasising that he came for governance and would focus on bringing dividends and benefits to his people.

“I’m reading on the internet, some candidates of some parties are saying that the governor wants to imprison them. It is total lies because I’m not that type of a governor. I don’t even know the facts of the cases they have with EFCC.

“These are cases that started even before I became the Governor. Let people stop blackmail and face their lives. People are just out to blackmail people.

“I entered Abuja everybody was calling me saying this candidate said you want to imprison him.

“This matter came even before I became the Governor, I don’t know the fact of the case, I’m not a Judge, I don’t know anything. These people have cases with EFCC, let them go and sort out their cases and just leave blackmail and propaganda.

“We came here to govern, we have an account, we’re servants of God Let that propaganda stop. Enough of that!” The governor fumed.

Speaking on the newly acquired Airbuses, the governor said it was a boost to the Aviation sector of the state and announced that the state should expect ten Airbus and about three would be delivered before the end of his administration.

He said the state government is building a Maintenance Repair and Overhaul, MRO, in the airport which he said will serve as a cash cow for Akwa Ibom State overtime as it will start spinning hard currency earnings from January 2023, adding that Airbus is currently negotiating for lease of the facility to take care of its regional flights.

The new airbuses were inaugurated by Governor Godwin Obaseki of Edo State, who commended Mr Emmanuel for his economic programmes and projects in the state

Two in court for alleged theft of employer’s N1.4m in Ogun