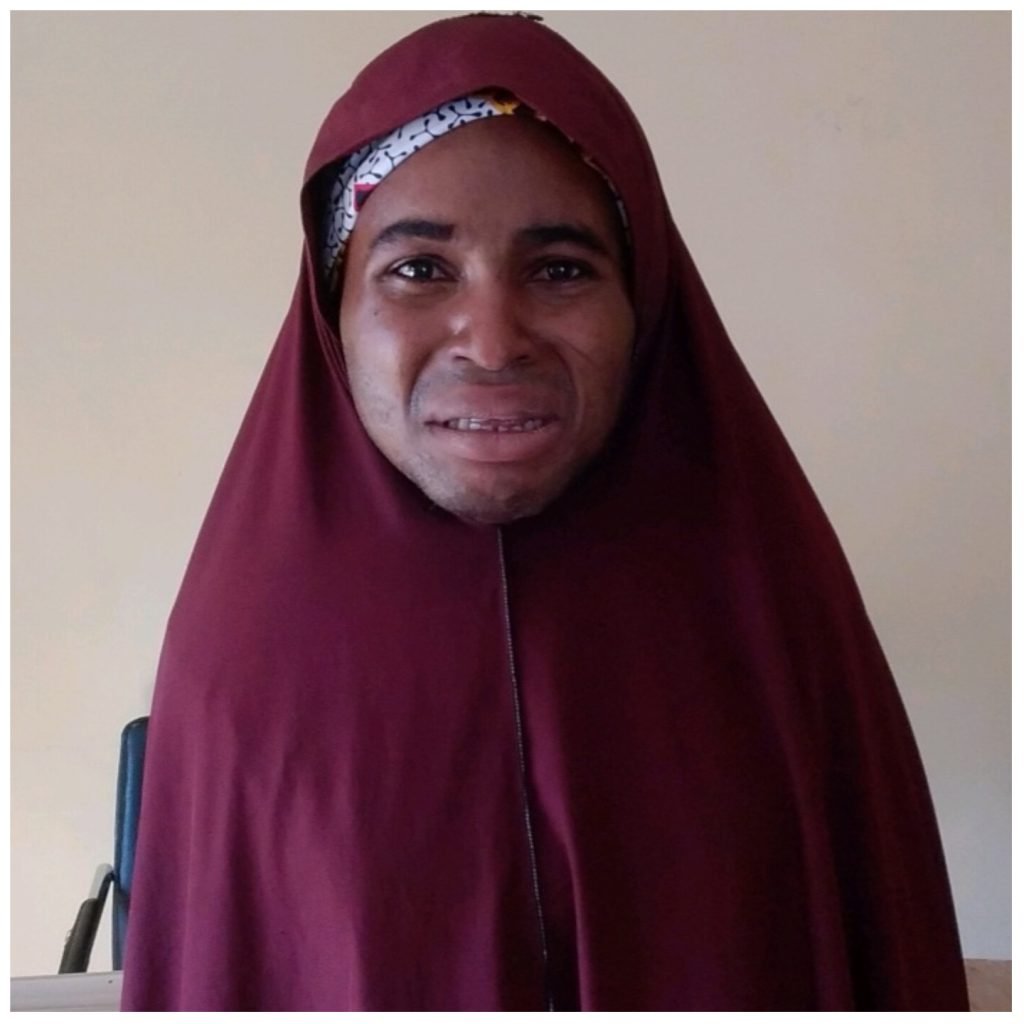 A man in Adamawa State, Muhammed Abubakar has owned up to dressing as a woman and making money from unsuspecting men.

Muhammed, a holder of Diploma in Business Management from the Adamawa State Polytechnic, Yola, said he dresses like a woman and follows women who exploit men showing amorous interest.

Muhammed, who hails from Tashan Sani in Yola South LGA and goes by the female name of Fadi, confessed to a Chief Magistrate Court in Girei, near the State capital, Yola, that he was working in close conivance with his female friends.

He pleaded guilty to the charges against him after he was arraigned before the court by Police Prosecutor, Wamkai Ngapuro.

It was learnt that after their outings, the girls usually give him between N500 and N1, 500 depending on the money they make from men on the day in view.

As the story has it, Muhammed lasted up to the time his cup became full because whenever men wanted to have her (him), the girls who go out with her (him) he will lie that she was experiencing her menstrual circle.

It was learnt Tuesday that the game eventually ended for him last week, November 16, at Girei market while he was buying an earring and where he was sighted by a man who suspected that he must be a male.

The man raised an alarm, leading to his arrest and then arraignment in court where, after his plea, the prosecutor, Inspector Wamkai, applied that he be tried summarily under section 351 of the Administration of Criminal Justice Law.

The Chief Magistrate Court, presided over by Martina Gregory, after taking his plea of guilt, ordered that he be remanded in prison custody until December 5, 2022

Advertisement
Related Topics:Reactions as Man confesses to dressing as woman to get money from men
Up Next

FG completed its investigation into the Kuje prison break