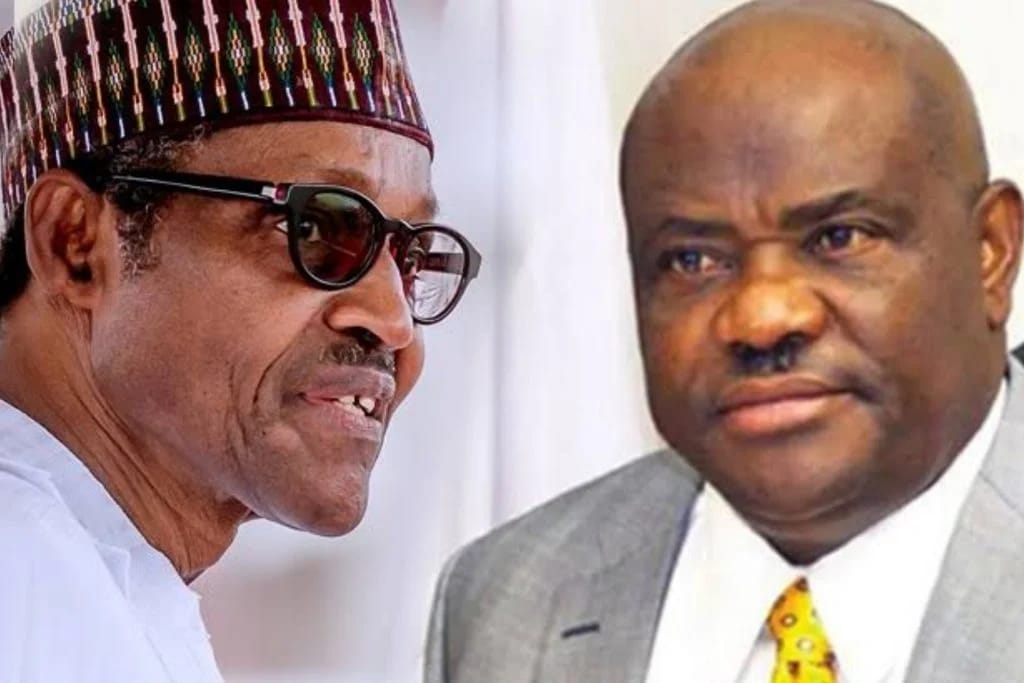 Rivers State Governor Nyesom Wike has commended President Muhammadu Buhari for approving all the monies accruable to the Niger Delta states since1999.

Wike explained that part of the money was used for the numerous projects built by his administration.

The governor was speaking on Friday during the commissioning of the Doctor Nabo Graham Douglas Law School built by the state government.

He commended the president for not playing politics with the money despite being in a different political party.

According to him, “monies that were not paid since 1999, the 13% deductions, Mr. President approved and paid all of us from Niger Delta states.

“For me, it will be unfair not to say to the public. It is not from FAAC money it is the money paid to me as Rivers State, Delta State, Akwa Ibom State, Edo State and Bayelsa State.

“So I want to sincerely, from my heart and on behalf of the government and people of the state, thank Mr. President for this because as an opposition government, he may have as well say don’t pay, you can’t do anything.

“After all since 1999 the money has not been paid. Did we do anything?

“So I want to sincerely thank him just on that one

Advertisement
Related Topics:Reactions as Wike commends Buhari for releasing Niger Delta’s allocations since 1999
Up Next