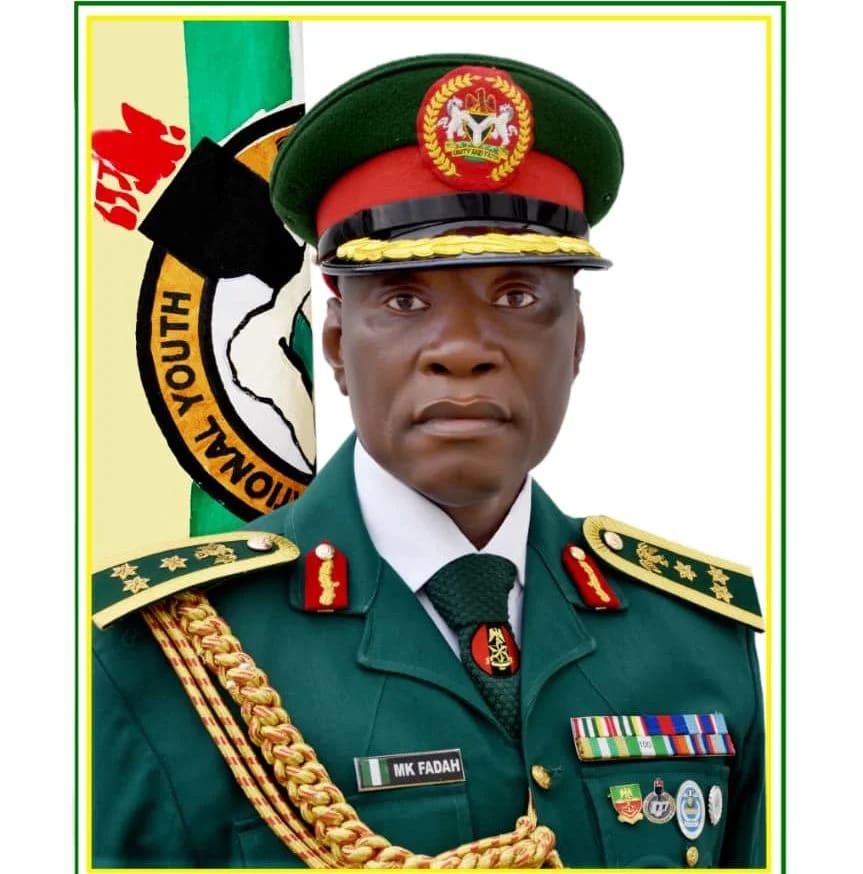 A pressure group, the Concerned Citizens Forum (CCF) has insisted that the recently sacked Director-General of the National Youth Service Corps, NYSC, Brig-Gen MK Fadah must face the consequences of his alleged ill doings while in office.

The former DG must face strict punishment after he was “disgraced and dismissed” by President Muhammadu Buhari last week, according to the group.

The group believes that an appropriate punishment for Fadah would serve as a deterrent to other public office holders.

It said that Fadah should return all the salaries he was paid as NYSC DG and also his earnings from the Nigerian Army.

In a press conference in Abuja, Musa M. Attah, National President/Convener of the group said not only is the Brigadier General unqualified for the job, he displayed gross incompetence in six months in charge.

The group therefore, rubished a report by a group, Yobe Elders Forum, which attempted to exonerate Fadah of any wrongdoing.

“We find it shocking that rather than arranging for legal representation to help the disgraced general reduce whatever sentence would come his way from a possible trial in court, the group [Yobe Elders Forum] is alleging that people conspired against him to have him booted out of office,” Attah said