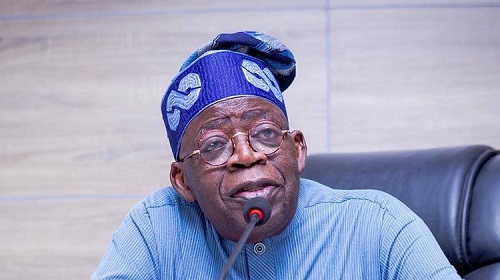 Deputy National Publicity Secretary of the All Progressives Congress (APC) Hon Yakubu Murtala Ajaka, has berated the campaign of calumny against the APC Presidential candidate ahead of the 2023 general election.

On Saturday, a statement purportedly by the Independent National Electoral Commission (INEC) indicated the commission was investigating the presidential candidate of APC Asiwaju Bola Ahmed Tinubu over alleged involvement in drug trafficking in the United States.

The statement allegedly signed by INEC spokesman, Festus Okoye, stated that the electoral commission is liaising with Northern Illinois District Court to establish the veracity of the allegation against the APC candidate.

However, INEC, in a rebuttal described the press release and all information in it as fake and contrived.

The Commission also said it has no plan to investigate Tinubu over alleged links with drug trafficking.

“We wish to state categorically that the said Press Release did not emanate from the Commission nor is it pursuing the purported course of action. It is the handiwork of mischief makers and utterly fake,” said INEC.

Reacting to the misinformation, Ajaka described it as an unfortunate attempt to malign the APC Presidential candidate.

“It is unfortunate that someone aspiring or a group of people supporting the aspiration of someone can stoop so low with such a diatribe and cheap blackmail to malign the image of a respected personality like Asiwaju Bola Ahmed Tinubu,” he said.

The APC chieftain called on the electoral commission and relevant security agencies to investigate the source of the information.

Ajaka said: “In view of the foregoing therefore, INEC, the Police and other security agencies have a duty to uncover and identify the overt and/or covert authors of this heinous document and be charged for forgery, deceit and deliberate misleading and misinforming the public for cheap political gain.

“This action will definitely pave the way for a clean, transparent and acceptable electioneering process ahead of the 2023 General election.”

Advertisement
Related Topics:INEC urgedSanction those sponsoring fake news against Tinubu
Up Next