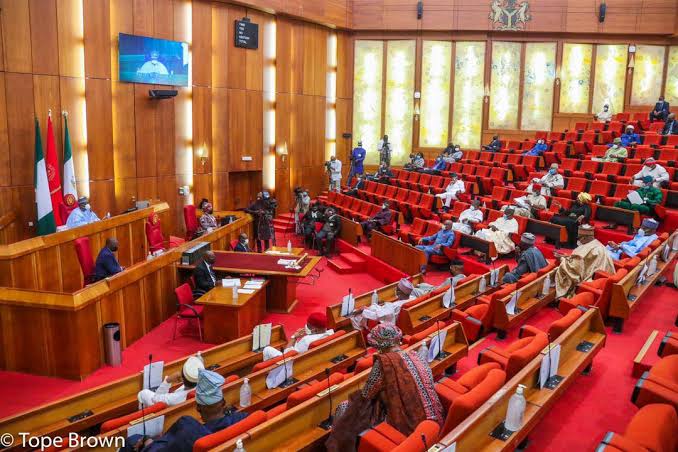 The Senate has postponed the scheduled resumption of plenary session from today to tomorrow.

The Senate adjourned plenary on October 12 to allow Ministries, Departments, and Agencies (MDAs) to defend their budget proposals in the N20.51 trillion 2023 Appropriation Bill.

According to a statement issued by the Clerk of the Senate, Chinedu Akubueze, the Senate will resume plenary on Wednesday. He provided no explanation for the postponement.

“This is to inform all distinguished senators that the resumption of plenary has been rescheduled from November 15 to November 16,” the statement says. By this notice, all senators are asked to return to plenary on Wednesday, November 16, at 10 a.m..”

Related Topics:Senate adjourns until Wednesday.
Up Next

Victims in Bayelsa express their appreciation to Governor Diri.