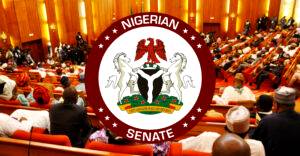 THE Senate has given a one-week ultimatum to 100 ministries, departments and agencies, MDAs, to appear before it and explain how they spent the Service Wide Vote, SWV, allocations from 2017 to 2021.

Speaking, Wednesday, in Abuja after raising a point of Order by the Chairman, Senate Committee on Public Accounts, Senator Matthew Urhoghide(PDP, Edo South) on the refusal of the MDAs to appear despite several correspondences to them, the President of the Senate, Senator Ahmad Lawan (APC, Yobe North), threatened the 100 federal government-owned agencies with zero budget allocation in 2023, for not honouring invitations of its committee for explanations on service wide vote expenditure from 2017 to 2021.

According to Lawan, the agencies must come and defend what they have spent against the backdrop that they appear before the Senate for budget defence, the National Assembly appropriates the money, they must honour invitations of the Senate when called for explanations.

He added that any public officer who accepted to serve and spend any public funds appropriated must be here and any one who refuses to do that should quit.

He said that in the next one week, “if the name of an agency is here, it should be invited and refusal to come, nothing should be given to the MDA in the 2023 budget.”

Earlier, Urhoghide came through orders 42 on Personal Explanation and 95( 5) ( a) of the Senate Standing Rules, Sections 61(1); 88(( and (2b); 89(1); 89(1) (c); 89(2) of the 1999 Constitution as amended to complain to his colleagues on alleged recalcitrance of heads of the affected agencies to honour invitations sent to them by his committee for required appearance before it for explanations on service wide vote given to them by the Presidency totalling N1.9 trillion.

According to Urhoghide, Service Wide Vote is extra-budgetary spending made to fill shortfalls in capital and recurrent expenditures, which are not audited by the Auditor General of the Federation and not known to various standing committees of the National Assembly.

The Chairman of Public Accounts Committee who hinged his complaints on provisions of the 1999 Constitution (as amended), said that heads of the affected agencies failed to honour several invitations sent to them to make required explanations on service wide vote spendings from 2017 to 2021.