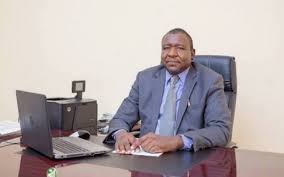 The Chairman, Revenue Mobilisation Allocation and Fiscal Commission (RMAFC), Mr. Mohammed Bello Shehu, has said the absence of financial autonomy and poor funding have directly hindered the effective and efficient performance of the commission’s operations.

Shehu also said annual budgetary allocations for the financing of its activities over the years had been grossly inadequate to protect its independence and cater to its nationwide field operations including monitoring of all revenue-generating agencies, data collection, sensitisation, advocacy, and consultation.

However, a rare glimpse into the template of salaries of political, public and judicial officeholders revealed that the president and his vice earn N26.19 million in Annual Gross Salaries (AGS), and N6.55 million in Annual Basic Salary (ABS).

In addition, the president is further entitled to N10.54 million which represents 300 per cent of ABS as Severance Allowance.

The RMAFC is saddled with the responsibility of determining the remuneration packages appropriate for political, public, and judicial office holders as well as advising governments at all levels on the ways to improve their internally-generated revenues.

Nevertheless, Shehu said the sensitive nature of the commission’s role in the country’s fiscal management required a measure of independence including financial autonomy.

Speaking at a breakfast meeting with the Nigeria Guild of Editors (NGE) in Lagos, he noted that the RMAFC remained one of the executive bodies established by the 1999 Constitution of the Federal Republic of Nigeria (As Amended) to among other things monitor the accruals of federally-generated revenues to the federation account and disburse same to the three tiers of government; review from time to time, the revenue allocation formulae and principles in operation to ensure conformity with changing realities.

He said the commission has over the years carried out these important national assignments that contribute to nation-building without blowing its own trumpet.

He said, “For instance, the important role, it plays in the nation’s political economy through the statutory allocation of revenue via an equitable revenue sharing formula to the three tiers of government has enormously contributed to the democratisation process, thus encouraging good governance, transparency and accountability and even development in the country.”

According to him, “Specifically, Section 162(2) and Paragraph 32(b) Part 1 of Third Schedule to the 1999 Constitution (As Amended) empowers the commission to review from time to time the Revenue Allocation Formulae and principles in operation to ensure conformity with changing realities and submit its advice to the president who shall table same before the National Assembly for consideration.

“The review process involves extensive and in-depth research and studies on the issues of Revenue Allocation Formula, call for memoranda, consultations, sensitization workshops, collection and collation of data, studies of other similar Federations in respect of fiscal arrangements, public hearings, and administration of questionnaires.”

He said the exercise normally takes the commission to all the 36 states of the federation and the FCT, as well as the 774 Local Council across the country to sensitize Nigerians to make input into the review process.

However, Shehu, pointed out that emerging developments in fiscal studies from a global perspective and experiences in fiscal management have demonstrated that “development is not totally based on the quantum of money available to any organisation or country but how well funds are managed for the purposes of creating wealth and the corresponding degree of responsibility being born by respective governments”.

He said the commission had since established that the country’s over-dependence on oil and gas revenues despite the abundance of human and natural resources remained the bane of its economic development.

According to him, the imperative of diversifying the nation’s economy cannot be over-emphasized, adding that in order to fulfill the collective aspiration of Nigerians for sustainable development, the three tiers of government and other stakeholders, must focus on the real sector particularly, agriculture, solid minerals, manufacturing, and tourism, whose contributions to the nation’s Gross Domestic Product had declined significantly over the years.

He said fixing appropriate remuneration for public political and judicial office holders at the executive, legislative, judicial arms and different levels of government speaks volumes of the commission’s enormous responsibilities.

He said in view of the overriding importance of RMAFC in the national economy as highlighted above, there is the need to adequately fund the commission through increased budgetary allocation and placement on first-line charge so as to enable it to effectively supervise revenue-generating agencies.

He said, “It is maladroit to expect a poorly funded organisation with ill-motivated staff to perform supervisory functions on well-funded agencies whose staff are adequately remunerated and highly motivated.

“The foregoing reveals the quantum of work the commission is saddled with but without commensurate funding to be able to discharge its constitutional mandate effectively.

“The implications of this is that the commission cannot hire the best, equip and furnish its offices across the country and provide logistics for monitoring owing to its precarious financial position.”

He added that the funding of the commission had been abysmally poor as it is funded via the envelop system which constraints its activities to whatever amount the federal government decides to allocate to it.