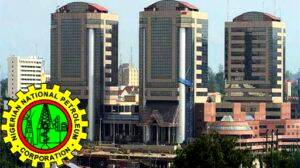 States and local governments in the country have demanded their shares in the Nigerian National Petroleum Company Limited, or NNPC.

Their position was outlined in a communique issued at the conclusion of the Federation Account Allocation Committee, FAAC, Post-Mortem retreat, which concluded yesterday in Asaba, Delta State.

According to the Communique, “NNPC Limited’s shareholding should reflect the vertical allocation formula for the Federal, State, and Local Governments.”

“NNPC Limited should not charge additional fees for lifting and selling royalty and tax oil on behalf of the Nigerian Upstream Petroleum Regulatory Commission, NUPRC, and the Federal Inland Revenue Service, FIRS.”

“The RMAFC should investigate charging a management fee of 10% and a Frontier Exploration Fund fee of 30% before remitting profit oil and gas into the Federation Account.”

“Any unutilized money from the operations of NUPRC or any other agency should be paid into the Federation Account at the end of the year, contrary to the provisions of Section 47 (4) of the PIA and in accordance with Section 162 (1) of the 1999 Constitution” (as amended).

“It also called for the NUPRC and NMDPRA’s regulatory roles to be streamlined in order to avoid any potential duplication of functions andb ensure the sector’s smooth operation.”

“It was agreed that RMAFC should ensure that all unpaid royalties after 30 days from the due date are debt on the NUPRC and must be paid with interest at the CBN prevailing rate.”

FAAC is made up of representatives from the federal, state, and local governments, such as the minister and commissioner of finance; revenue-generating agencies such as NNPC, NUPRC, FIRS, and others; and revenue monitoring bodies such as the RMAFC.

According to the communiqué, “RMAFC should ensure that all unpaid royalties after 30 days from the due date are debt on the NUPRC and must be paid with interest at the CBN prevailing rate.”

“Royals not paid within 30 days of the due date will be considered a debt to the commission (NUPRC) and subject to interest at the prevailing CBN rate.”

Related Topics:LGs want to own a stake in NNPC.states
Up Next