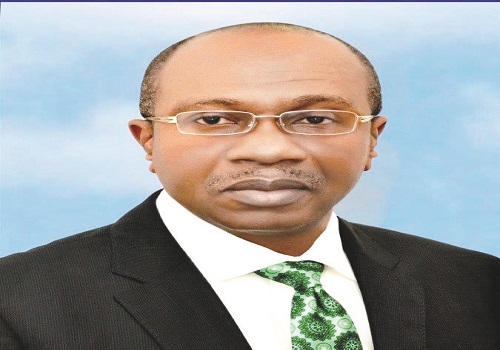 The whereabouts of the Central Bank of Nigeria (CBN) Governor are still a subject of suspense.

News filtered in the CBN Governor Godwin Emefiele had slipped into the country unannounced.

No CBN official agreed to confirm or deny the news but a top official of the bank said: “He is not in the office now and we cannot speak on that now”.

Another official simply said: “If he was on leave is it not right for him to come back?”

There are strong indications that he is in the country from the responses of CBN officials.

However, a source at the Presidential Villa gave a categorical confirmation that Emefiele has been in the country for quite a while.

According to the Villa source: “Emefiele has been in Nigeria since December 2022 and has been holding nocturnal meetings with some people up till last week”.

Emefiele has been out of the country for over a month and did not appear before the National Assembly committees that summoned him to explain the rationale behind the cash withdrawal limit policy of the CBN.

While he was outside the country he also got a court order restraining the Department of State Security (DSS), the Economic and Financial Crimes Commission (EFCC) and others from arresting him for alleged terrorism financing.

While the news of Emefiele’s arrival into the country was making the rounds, the CBN was pleading with Nigerians to respect and accept the redesigned Naira notes

President Muhammadu Buhari unveiled the redesigned notes in November last year and they came into circulation on the 15th of December, 2022.

Since then, the new notes have been battling with widespread acceptance, with market women and traders refusing to accept the new notes.

The CBN took its plea to Wuse Market in Abuja on Thursday where its officials pleaded with the market men and women to see the redesigned note as a national symbol of the country.

The CBN Abuja Branch Controller, Mr. Michael Ogbu, who was represented at the market by Mr Kareem Williams, told the traders to “accept it, use and respect it as our National symbol”.

He specifically charged the traders to stop rejecting the new notes, stressing that “refusing to accept the Naira in a transaction is a crime”.

Speaking at the sensitisation of Wuse Market traders Ogbu advised the market men and women, “to ensure that you deposit cash holdings in these denominations (N200, N500 and N1,000) at your commercial banks”.

He reminded the traders not to be afraid to take their money to the banks “there is no limit to how much a customer can deposit between now and January 31, 2023, as the CBN has suspended bank charges” he told the traders.

“Accept it, Use and Respect it as our National symbol. We encourage the public to explore other payment channels, such as eNaira, POS, electronic transfer, USSD, internet banking, and mobile money operators and agents, for their economic activities.”

Advertisement
Related Topics:Suspense over Emefiele’s whereabouts
Up Next