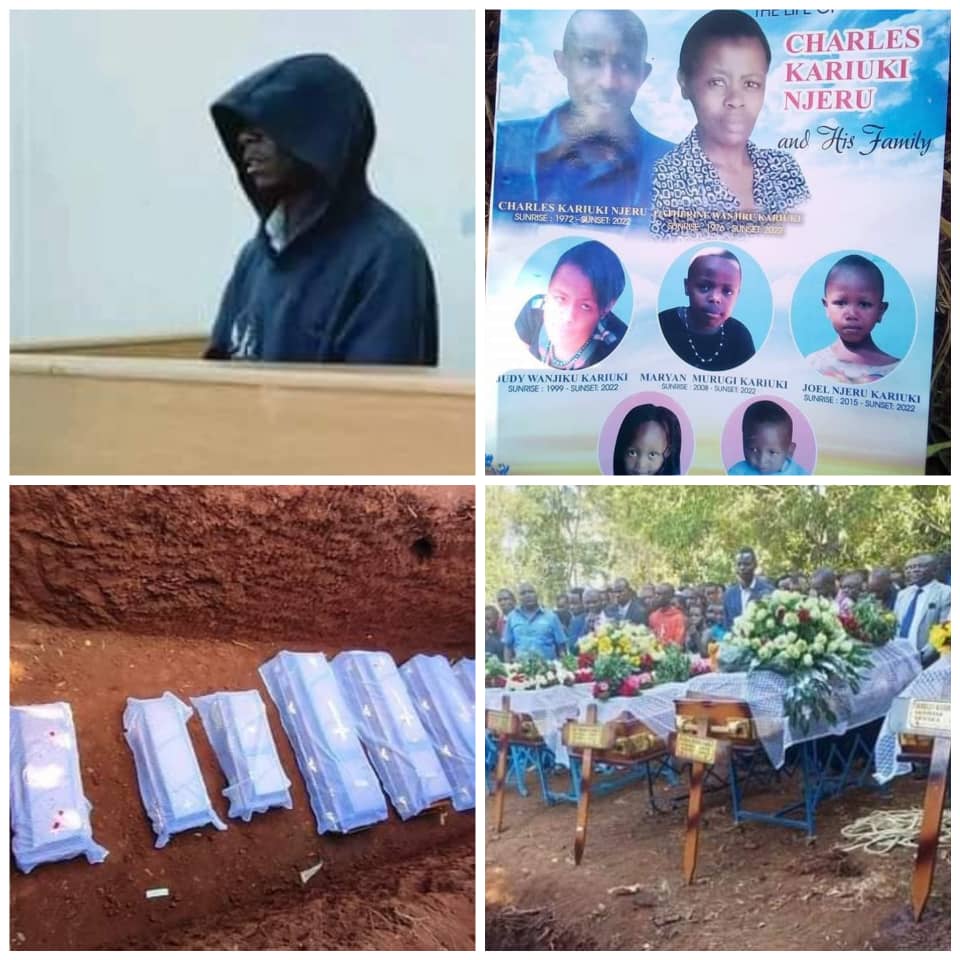 A magistrate court at Runyejes, in Embu County, Kenya on Monday, January 16, 2023, allowed police to detain a man accused of arson attack which left seven members of the same family dead.

On the dawn of October 2, 2022, the suspect, Mr Boaz Wanjala, who was targeting his estranged wife, set ablaze a home in Ngimari village in Embu County, an attack that left grief and shock in its wake.

Those who perished were Charles Kariuki, 50 and his wife Catherine Wanjiru, 46 as well as their three children — Joel Njeru, Judy Wanjiku and Maryanne Murugi.

Maryanne was preparing to sit the Kenya Certificate of Primary Education (KCPE) exam in November.

The victims were laid to rest side by side in the same grave during a sorrowful funeral, which attracted local leaders led by Governor Cecily Mbarire.

The suspect, who had been on the run since the attack, was arrested last Friday, as it emerged that he burnt down the wrong house. He had intended to kill his estranged wife.