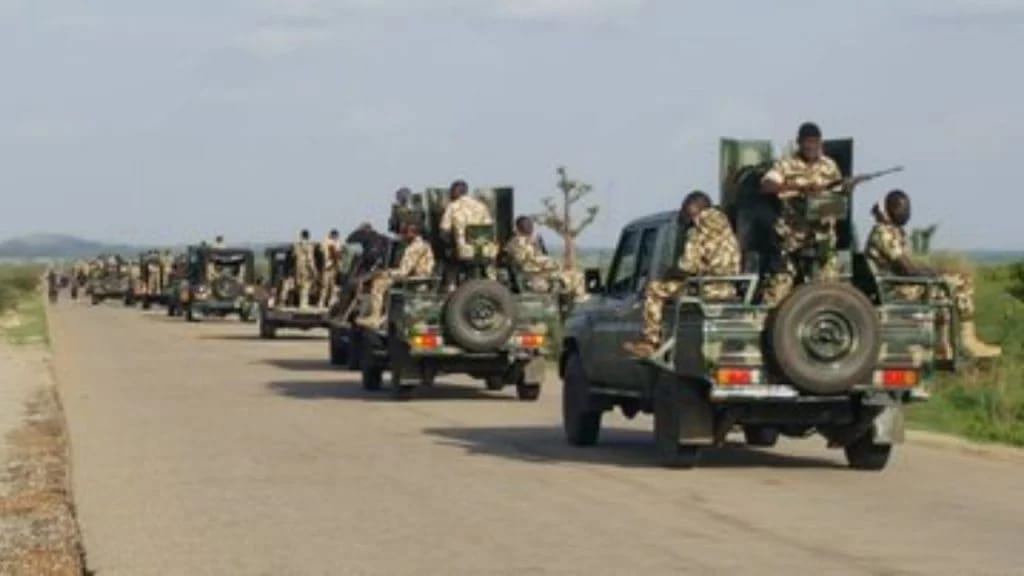 The Nigerian Army on Wednesday, claimed that some troops of Headquarters 82 Division NA invaded Amangu community in Abia state, killing some residents.

He noted that the troops were in search of one of its personnel; Staff Sergeant Bassey Ikunugwan, who was officially on leave pass, but was abducted along Road Okwu-Ebem Ohafia in Abia State.

“Acting on credible intelligence reports, troops embarked on a Search and Rescue Operation at Amangu Village/Forest, having confirmed same as an Indigenous People of Biafra (IPOB) and Eastern Security Network (ESN) enclave, where the soldier was reportedly held hostage,” he said.

He said during the search and rescue operations, contact was made with members of the proscribed armed groups resulting in exchange of fire, during which troops neutralized one of the criminals and recovered one AK 47 rifle with a magazine loaded with 7 rounds of 7.62mm (Special) and one mobile phone.

He said during a follow up on 5 November 2022, troops raided another enclave of the groups around Amangu Village in Abia State, neutralized two of the criminals, while some fled with gunshot wounds.

He said the troops lost one personnel, adding that the NA will leave no stone unturned in the search of the abducted soldier

Advertisement
Related Topics:Recover WeaponsTroops in search of abducted soldier kill four
Up Next