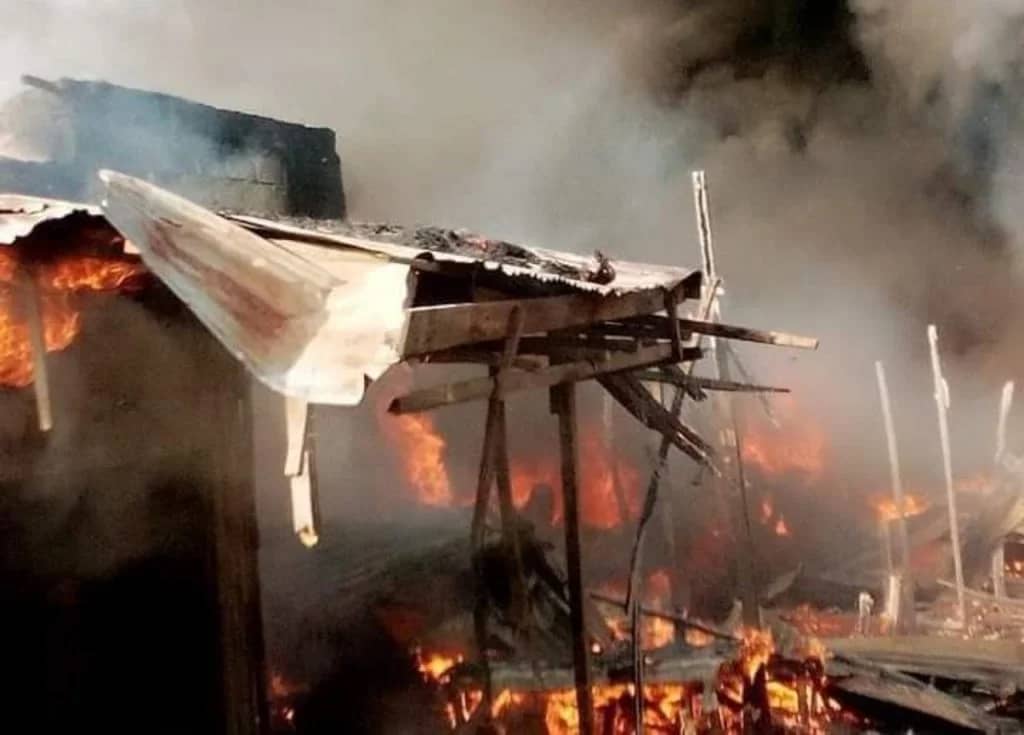 Two people were confirmed dead and over 100 shops razed down in a fire incident in Kano State.

He said the incident happened at the Badume vegetable market in the Bichi local government area of Kano State.

He said three persons were trapped, including a female and two males.

Abdullahi explained that a rescue team was quickly mobilized to the scene and were rescued unconscious and later taken to the hospital and two were confirmed dead.