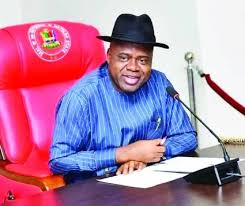 Flood victims in Bayelsa State have expressed gratitude to Governor Douye Diri for his help at the Yenagoa Internally Displaced Persons (IDPs) Camp.

Mrs. Ebimor Fekuwei, a camp member, praised the government for hosting and feeding them every day, ensuring that they never went hungry. She urged the governor to provide additional assistance because the majority of their homes had been damaged.

Mrs. Godgift Diepreye, another camper, stated that they were well fed. “We were at the camp for eight days and no one died.” We thank God that no one was hurt and that everyone is still alive.

“My only problem right now is that my house in Azikoro is still flooded.” “Azikoro is one of the worst-affected areas in Yenagoa LGA,” she added.

Koku-Obiyai Ebiuwou, a lawmaker from Yenagoa Constituency II in the House of Assembly, thanked God for protecting them. “God was with us 24 hours a day, seven days a week, and no deaths were recorded.” We were blessed by God because we had more than nine deliveries. We give God all the credit because no man could have done it on his own.

“I’d like to express my heartfelt gratitude to the governor who has assumed the governorship of the state.” In other states, floods were so severe that governors abandoned their people and fled the state, leaving citizens to fend for themselves.

Advertisement
Related Topics:Victims in Bayelsa express their appreciation to Governor Diri.
Up Next