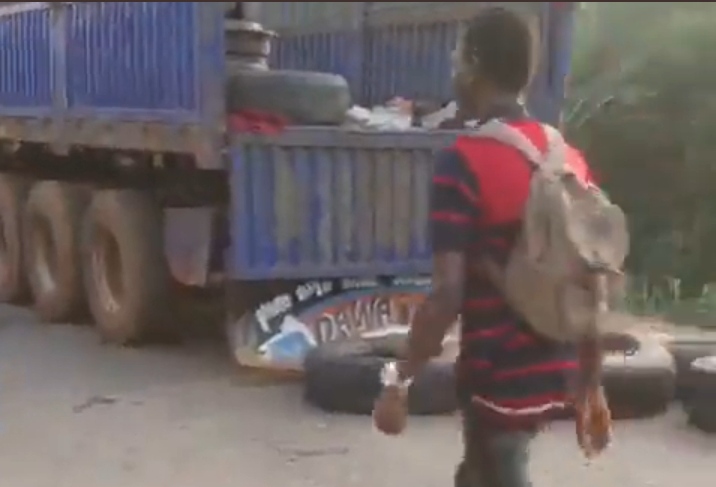 Some unidentified men have killed three workers of Dangote Cement and set their bodies ablaze along Eha-Amufu road Uzo Local Government Area (LGA) of Enugu State, accusing them of being murderous Fulani herdsmen.

Tracknews learned that the incident happened on Wednesday, at about 3: 00PM.

This News outlet gathered that the Dangote Cement truck was heading to Nkalagu, Ebonyi State when it was intercepted at Umuhu-Eha-Amufu by Ebonyi bridge.

The hoodlums reportedly said the truck was conveying Fulani herdsmen to unleash terror on the town.

According to a source, the Dangote truck driver had upon interrogation said he had been cleared at several checkpoints along the Ubolo-Ikem Road before arriving at the Umuhu bridge checkpoint.

The trailer was subsequently set ablaze and the northerners who were occupants were murdered.

The development has caused tension in the area as Eha-Amufu settlement and adjoining communities have turned to ghost towns.

Soldiers were alerted of the occurrence and they visited the scene.

Advertisement
Related Topics:WATCH: ‘Fulani’ Dangote workers burnt to death by hoodlums in Enugu
Up Next