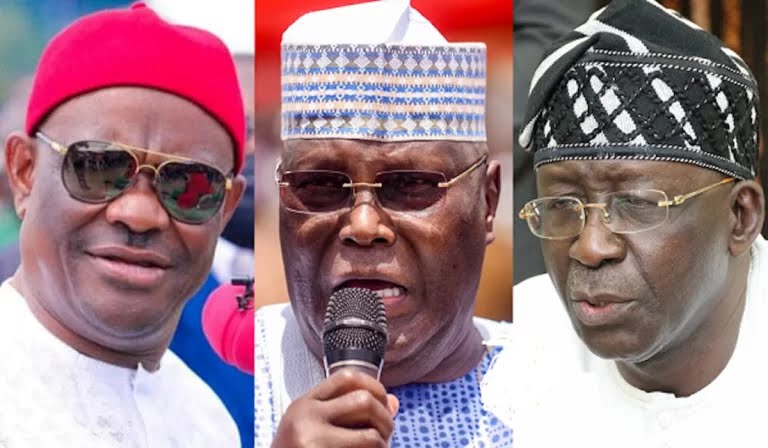 On Tuesday, a member of the Peoples Democratic Party’s (PDP) Presidential Campaign Council (PCC) revealed that the party’s focus has shifted away from reconciliation.
According to the PCC member, the main opposition party has set its sights on the general election campaign in 2023.

The party has been battling disagreements between the five disgruntled PDP governors known as the G-5, the party’s National Chairman, Iyorchia Ayu, and its presidential candidate, Atiku Abubakar.

The disgruntled Governors have demanded that the party’s chairman resign.

According to a PCC member who spoke to Vanguard on the condition of anonymity, Atiku’s camp is no longer focused on reconciliation.

He went on to say that Wike and his allies’ efforts to sway votes against Atiku in their respective states will fail because “Atiku’s rallies have been widely accepted.” The campaign is going well so far; there is widespread support for Atiku wherever he has gone to campaign.

“Wike and his allies have the right to speak and to support whoever they see fit, but equating themselves as one individual being the totality of votes from their states is an irresponsible statement.” Can a Makinde in Oyo State, for example, tell people not to vote for Atiku?”

The PCC member went on to say that it is irresponsible for governors to claim they will decide how people in their state vote.

He claimed that Oyo State Governor Seyi Makinde is neither Obafemi Awolowo nor Bola Ige, but rather a local politician struggling to survive.

According to the source, Makinde does not have the authority to decide how the people of Oyo State will vote.

The PCC member, on the other hand, stated that the PDP campaign train will come to a halt if any of the disgruntled members wishes to join.

Related Topics:and Others Not Atiku's Focus in 2023 - PCC MemberOrtomWike
Up Next