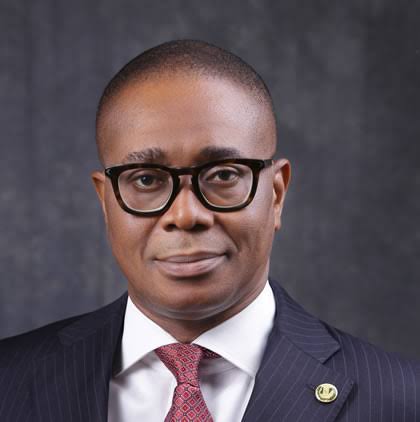 The Association of Senior Staff of Banks, Insurance, and Financial Institutions has accused the management of the Nigerian Social Insurance Trust Fund of exploitative tax deductions and frustrating the upward review of workers salary.

They are also lamenting 18 months of non-remittance of pensions to their Retirement Savings Account.

The President of the worker’s association, Balla Tijani, made the allegations during their congress meeting held in Abuja.

The meeting was held by the NSITF Domestic Unit to address three key issues of inexplicable tax deductions; salary review and balance of consequential adjustments.

The NSITF is a Federal Government agency that provides compensation to insured employees who suffer from occupational hazard or sustain injuries from accident at the workplace or in the course of employment.

Tijani while addressing members of the association alleged that despite the commitment of members of staff, many of them are suffering untold hardship due to poor welfare.

But the President said the association has not reached an agreement with the management on the issue of consequential.

The Vice President of the association, Dare Solomon said concerning staff welfare, the management has not been up to their responsibility.

Solomon said, “As a result of that, we have to change that narrative. On the issue of our salary review, a committee has been put in place to see the minister on Tuesday, but we appeal to him that our salary has not been reviewed for the past nine years.”

He said the association anticipates that “by January next year, we have to start our salary review. But until now, we have not had the approval so that come January we will have a new salary review.”

Solomon noted that the issue of the Retirement Savings Account was resolved with the management, adding that this was to be remitted monthly or every two months.

The VP continued, “On the issue of consequential salary adjustment, it was worked out and we were paid off the first tranche and a memo was issued by the management. Management is supposed to be the authority that it is going to be paid in three equal installments.

“We accepted, but not until they were about to pay the second installments, we discovered that there was a wrong calculation in the second tranche. We engaged the management.”

The VP stated further that during the second tranche of paying the consequential salary adjustment, the tax was also deducted without remitting to tax authorities.

Dare said, “The management has decided to deduct from the third tranche and to pay staff, we discovered that the calculation has a lot of irregularities as far as the issue of tax is concerned. Because at the initial stage, we thought there was sincerity.

“The tax issue is completely set up with a lot of irregularities and that is why we must reverse the issue of tax. We discovered all these irregularities which are not done anywhere.”

He said that Nigeria has a tax law that allows remittances to be made within ten days after tax deduction.

According to him, when such taxes are deducted in arrears, it must not exceed 90 days, adding that “the management has violated both the 10 days and the 90 days and our taxes are not remitted.”

The association’s VP argued that the management must reconcile taxes deducted with the appropriate tax offices and establish in reality, “the actual tax we need to pay to tax offices.

“We will not go back on this particular issue.”

The congress lamented that the “issue of tax deduction is shrouded in secrecy and exploitative.”

The congress resolved that if the management fails to settle the issue of salary review and clarify the tax deductions they will have no other option than to go on strike.

Uzodimma: Editors are critical to the successful conduct of polls in 2023.