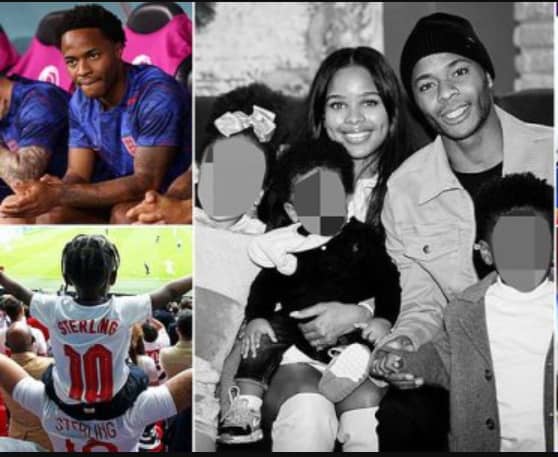 Chelsea star, Raheem Sterling has left the England World Cup squad in Qatar to return to London after armed intruders broke into his home while his family were in.

The 27-year-old held talks with manager Gareth Southgate on the morning of Sunday’s game against Senegal, after learning his Surrey home was broken into on Saturday evening, December 3.

Southgate confirmed after England’s victory that Sterling has been released and will travel to London, with no return date set, but sources have told ESPN the Chelsea winger is hopeful of playing some further part in the tournament once he has spent time with his family.

Some of Sterling’s family and close friends, including his girlfriend, Paige, and two of his children, were in Qatar while his mother is understood to be back in London.

The FA confirmed Sterling was “dealing with a family matter,” and following the match, Southgate said: “Raheem, as our statement says, is having to deal with a family situation so he’s going back to England. We’ve got to give him time to try to resolve that or be there for his family. That’s the most important thing at this time. So we are going to give him that space.

“It didn’t impact team selection. I spent a lot of time with Raheem this morning. You know you have days where events happen, and you have to deal with them. He is on his way home, and we’re obviously mindful of him being allowed space and privacy respected so we aren’t going to talk in too much detail.

“Of course, it is not ideal for the group ahead of a big game, but it pales into insignificance. The individual is more important than the group in those moments. I needed to look after the situation and then I had to pass that onto others to deal with this afternoon in order to get him home.”

England captain Kane said of Sterling: “Our thoughts are with him and his family. It’s a private matter, but it’s never easy to see one of your teammates and friends deal with something like that.

“We’ll have to take it day by day. I’m sure Raheem will speak to the manager and take the best decision for him and his family. That’s the most important thing. We send him our best wishes and hope to see him as soon as possible.”

Advertisement
Related Topics:Chelsea starRaheem Sterling leaves England World Cup squad after armed intruders broke into his home with his family inside
Up Next

Indonesia to criminalise s3x before marriage