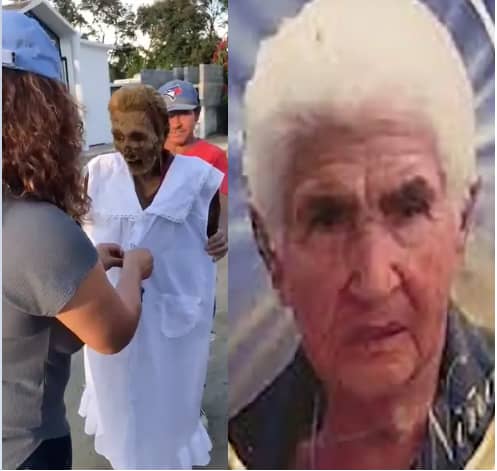 A family in the Dominican Republic exhumed their grandmother nearly a decade after her burial.

When Margarita Rosario was dug up at La Colonia Cemetery in Jarabacoa, she was found to still have a full head of hair, some skin, and enough bones to be able to stand with little support, relatives told Jam Press.

A video shot outside the graveyard shows a man holding the corpse up while a woman dresses her in a white nightgown.

A small group crowded to watch the corpse standing after being exhumed.

Local residents also expressed shock over how well Rosario had been preserved.

Advertisement
Related Topics:Family exhumes grandma who was buried 10 years ago
Up Next