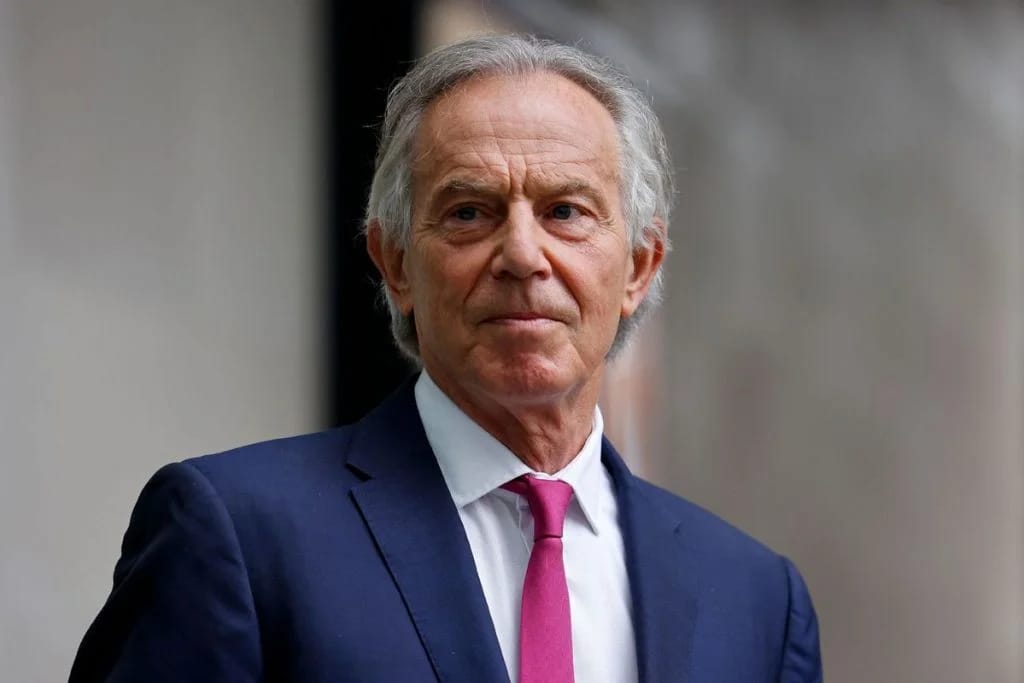 The former Prime Minister of the United Kingdom, Mr Tony Blair, has condoled with the President of the African Development Bank (AfDB), Dr Akinwumi Adesina, over the death of his mother, Mrs Eunice Adesina.

Blair said in a condolence letter addressed to the AfDB president that the deceased lived a fulfilled life.

He also condoled with other members of Adesina’s family, describing the loss as massive.

The former prime minister said the late Mrs Adesina, who died on Dec. 22, 2022, at 92, was industrious and a dedicated Christian who served her immediate family and community well.

“Cherie and I want to convey our heartfelt sympathy for your loss and also to express our profound admiration for your mother, her life, achievements and extraordinary grace and character.

“She showed a vital ability for learning and scholarship, which no doubt helped her return to her Alma Mater, Otubu Memorial School as a qualified teacher in 1949.

“She was much loved and respected as a teacher;
but it is a tribute to her industry and determination that she was not content simply to be a teacher but decided to start her own business.’’

Blair said late Eunice had the strength of character, a trait that distinguished her from her peers.

He further said the deceased went into different lines of businesses, ranging from dressmaking and general merchandise to catering, adding that she had a remarkable career.

The former prime minister, who said the deceased left a lot of fond memories, said, “we all have the time on this earth allocated by God to us.

“Each life has its events, memories and experiences.

“The key is in what we impart of ourselves to others, what we give and take in the service, care and compassion that we show because of the effect that lives after us