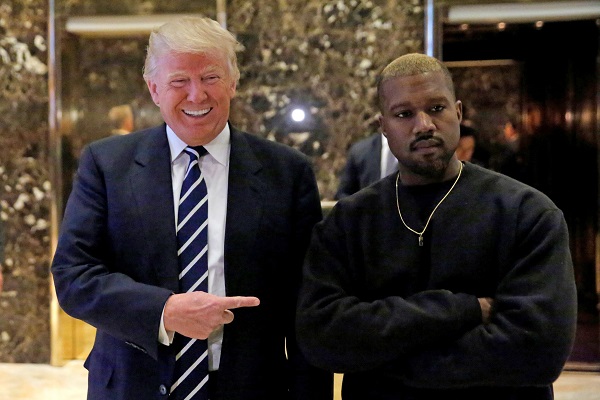 Embattled rapper Kanye West has claimed he asked former US President Donald Trump to be his running mate in the 2024 American polls.

The entertainer now known as Ye made this known via a Twitter pool where he indulged his fans and followers to guess what the Trump’s response was when he posed the question to him.

He tweeted: “First time at Mar-a-Lago. Rain and traffic.

“Can’t believe I kept President Trump waiting. And I had on jeans Yikes.

“What you guys think his response was when I asked him to be my running mate in 2024?”

The 44-year-old Yeezy boss had in the past made an unsuccessful bid for the number one political office in America.

On Tuesday, November 15, the former US President, announced his intention to once again to run for the presidential seat in 2024.

Related Topics:I asked Trump to be my running mate in 2024Kanye West claims
Up Next