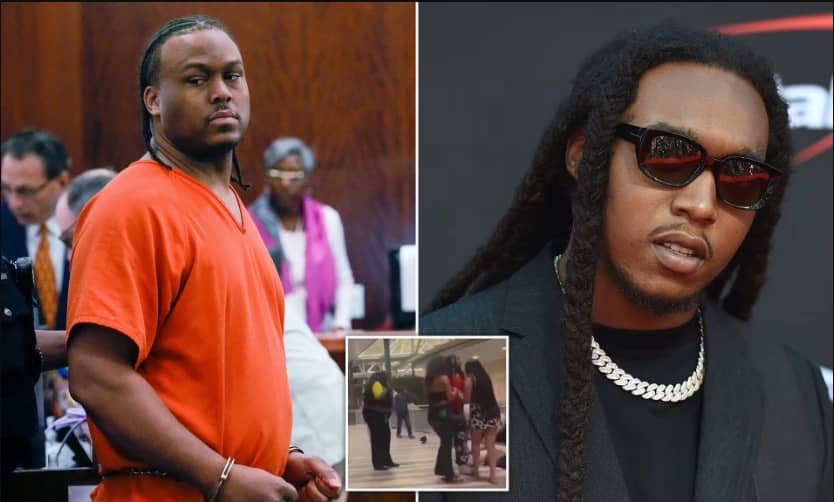 The man charged in the killing of Migos rapper Takeoff is reportedly asking a judge for money to hire a private investigator.The suspect, Patrick Xavier Clark, who claimed his innocence in court earlier this week, has asked for $5,000 to hire an investigator to help with his defense.According to court documents, he said that he’s unable to cover the costs to hire someone because his family already spent their money on an attorney who has agreed to work at a reduced rate.Clark argued that he needs to hire someone to “properly investigate” and effectively prepare for the trial, and added there’s an investigator who has already agreed to work on his case for the reduced rate of $85 an hour.The House police department confirmed Clark was arrested and charged with the murder of the 28-year-old Migos rapper last week.Takeoff was fatally shot during the early hours of Nov. 1 when an argument broke out at a Houston bowling alley and escalated to violence.In an appearance in court, Clark’s attorneys said that he wasn’t the person who shot Takeoff.His attorney Letitia Quinones said her client is “nervous” and “concerned” because he is “being charged with something that he believes he’s innocent of, so how would anyone do in that type of circumstance?”Clark is being held on $2 million bond and is set to attend a bond reduction hearing on Dec. 14.Police have cited cellphone and surveillance footage as evidence that Clark was the gunman.Born Kirsnick Khari Ball, Takeoff was the youngest member of Migos, the Grammy-nominated rap trio from suburban Atlanta that also featured his uncle Quavo and cousin Offset.

Family exhumes grandma who was buried 10 years ago