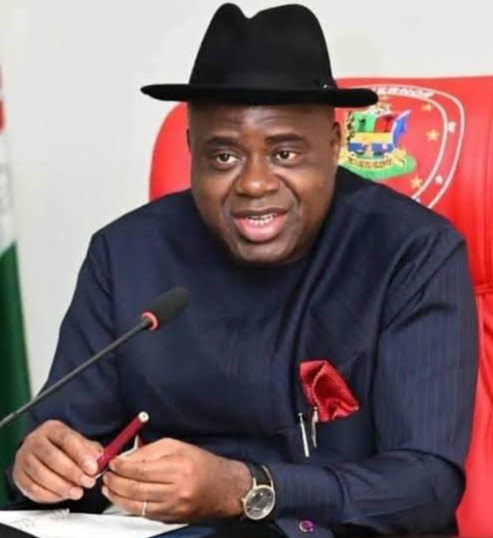 Bayelsa State Governor, Senator Douye Diri, has urged the Pan-Niger Delta Forum (PANDEF) not to dabble into partisan politics but remain focused on protecting the collective interest of the Niger Delta region.

Senator Diri stated this when the PANDEF executive led by its chairman, Senator Emmanuel Ibok-Essien, paid him a courtesy visit in Government House, Yenagoa, at the weekend.

He saluted the efforts of leaders and other stakeholders of PANDEF, particularly Elder Statesman Edwin Clark for showing leadership over the years on issues concerning the region.

In a statement by his Chief Press Secretary, Mr. Daniel Alabrah, the governor acknowledged that PANDEF had made commendable effort towards the growth and development of the region.

His words: “PANDEF is an apolitical body. I advise that it remains so in order for its integrity to be intact.

“We also appreciate our elder statesman, Pa Edwin Clark, who has given leadership to PANDEF.

“Our leaders have been at the forefront of our struggles and agitations, raising the issues from time to time. So far, we have not achieved our desired goals but we must continue to agitate for what rightly belongs to us.”

Senator Diri also assured PANDEF of his administration’s continued support and directed the Ministry of Lands and Housing to provide a befitting accommodation for the body’s headquarters in Bayelsa.

“The Niger Delta should have a voice working for us at the national level. The forum needs to have synergy with governors. We used to have the BRACED (Bayelsa Rivers Akwa Ibom Cross River Edo and Delta) Commission, which is comatose but God willing we will bring it back on stream.”

They include the plight of internally displaced persons, National Water Bill, true federalism, oil pollution among others.