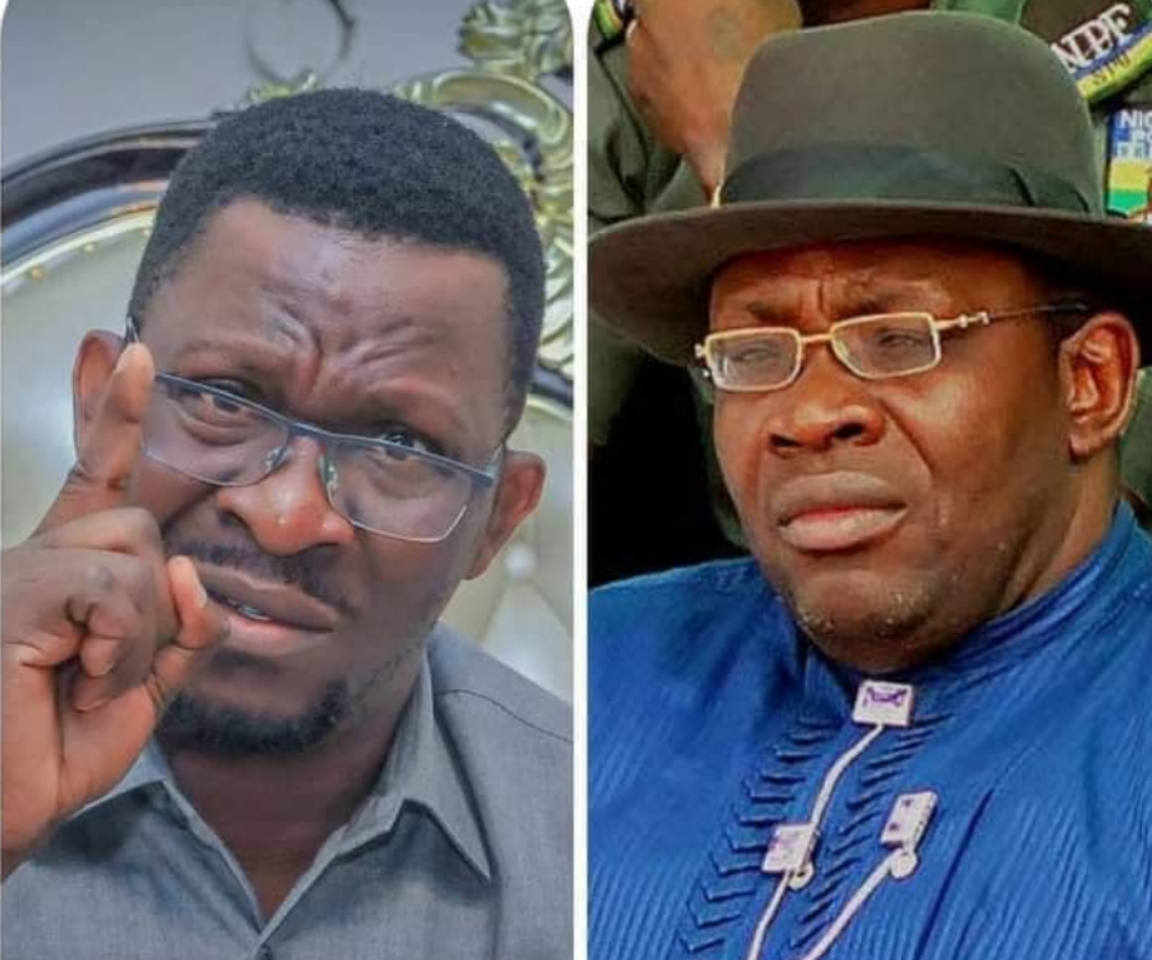 ***Empathises With Flood Victims Of Sagbama/Ekeremor; Doles Out Cash Relief

He said Dickson should stop using the courts and police to intimidate and harrass opponents.

Hon Ayakpo, who doubles as the Standard Bearer of the All Progressives’ Congress (APC) in the election, proffered the advice at Ekeremor Town while fielding questions from journalists on the sidelines of the first phase of cash donations to his constituents.

The Eagle reports that the cash donations were to cushion the dire impact of the floods that recently ravaged the state, and there, Hon Ayakpo advised Dickson to desist from his anti-party activities, as this would not augur well for him either now or in the future.

Hon. Ayakpo who used the opportunity to empathises with his people, added that his own residences in his home town, Ekeremor, and at the Assembly Quarters in Yenagoa, were also flooded.

His kinsmen he advised, should take solace in the reaslisation that the as the perennial flooding shall be a thing of the past, when he is voted into the Red Chambers.

He promised that while in the Senate, that would work with other senators to enact laws that would impact positively on the Niger Delta.

Such a law would ensure that flooding and other environmental challenges are curtailed, he asserted.

On the issue of Senator Dickson, he recalled that the former, had, before now, dragged him and the Independent National Electoral Commission (INEC) to court on frivolities after several failed attempts at intimidating him out of the senatorial race.

“Dickson is now on panic mode. He knows his political end has come, otherwise, why would he resort to searching my higher institution in Imo state and also to arrest my former school principal”,

He said using security men on the principal was intended to getting her to deny his (Hon Ayakpo’s) testimonial, ostensibly for fear of an impending defeat at the poll?

“Why suffer an innocent woman to detain her at the police station for days because Dickson feels as a former police officer, he can use the police to harass and intimidate me as his main opponent?”, he asked.

“Senator Dickson is aware of the ill feelings of Ekeremor people towards his lack-lustre performance and inglorious days as Governor of Bayelsa State for eight years. He is now running from pillar to post to incriminate me to get me out of the way, knowing that the people do not like him and cannot vote for him.

“The Ekeremor people are still fully in support of the zoning arrangement as it is the turn of Ekeremor, which I represent, to produce the next Senator of the West District.

“No right thinking Ekeremor son or daughter shall thumb print for Dickson, as we are against his antics of intimidation and arrogance having failed woefully to deliver the dividends of democracy when he had the chance as a two-term governor.

“Now look at how the ongoing Ekeremor-Sagbama road, Dickson claimed he used billions of Naira to construct, has been cut off and watched away by floods at several points due to substandard jobs done by Dickson’s contractors and companies used in laundering funds meant for such developmental projects.

“That’s why the EFCC is after him. He has run to the court to grant him perpetual injunction to restrain the anti-graft agency from prosecuting him for fraud. He cannot stop justice from being meted on him.

“I therefore call on my constituents to continue their rejection of Dickson as he shall be convicted of his crimes against humanity very soon. He is unelectable and unfit to serve our people at the senate for another term.”

The Senatorial hopeful further accused Dickson of anti-party moves, by fielding his cronies, who were unable to get his party tickets into the SDP so as to circumvent the efforts of Governor Douye Diri, officially the PDP leader.

mufasatundeednut Pressure On Kwankwaso To Step Down For Atiku