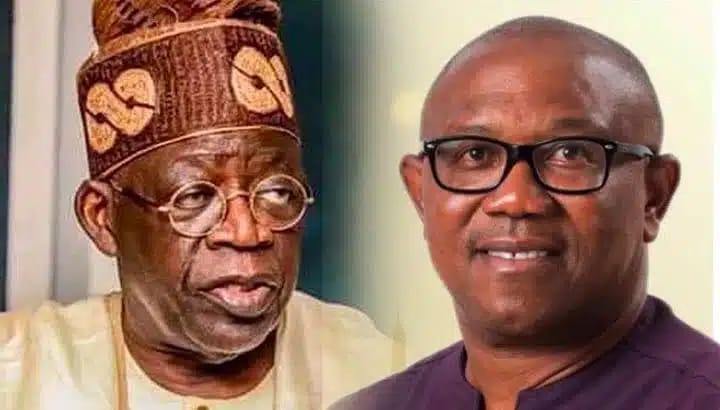 Abdulhamid Umar Mohd Oscar, the All Progressives Congress (APC) Northwest youth leader, has urged Nigerians not to waste their votes for Labour Party (LP) presidential candidate Peter Obi.
According to him, Obi has nothing tangible to offer the country because he has yet to state how he intends to improve on the current administration’s achievements if elected.

According to Track News, Oscar stated in a statement that if elected president, Obi will return Nigeria to the Stone Age with his half-baked policies.

According to the APC youth leader, the country does not need an experimental leader, and Obi is out of touch with reality in the country.

Oscar targeted the Labour Party’s presidential candidate, claiming that he has yet to outline how he plans to create jobs and employment for more youths “except by churning out fictitious figures to back up his ignorance when asked what he offers Nigerians as president.”

He went on to say that, unlike APC presidential candidate Bola Tinubu, Obi has displayed his past achievements for all to see, and that he has better qualifications, exposure, and know-how to lead the country with his solid rock ideas.

Oscar dared Obi to list his achievements as “Governor for 8 years in Anambra State” before he could be taken seriously.

He insisted that “Obi is out of touch with reality in the country.” And we don’t want an experimental presidency; we want a leader with real-world experience and a proven track record to lead Nigeria.

“If he becomes president, we can imagine him replicating his achievements in Lagos in just ten states; I believe Nigeria will transcend into a comity of nations deciding in the world.”

“Only a few days ago, Obi was in Lagos to unveil the seven economic master plans his administration will focus on if he wins the 2023 election, but he failed to commend Asiwaju’s previous achievements.”

“He claims that his government will encourage massive production center growth for food security, as well as effective legal and institutional reforms and physical infrastructure expansion, but he demonstrates that his Next Cash and Carry Supermarket imports finished goods into the country.”

“We believe Obi has not created jobs for teaming youths in the country by investing in the importation of finished goods into Nigeria.”

“Obi stated in his Seven Point Agenda that he will immediately begin aggressive human capital development, provide foreign policy to restore Nigeria’s relevance, stimulate the industrial revolution, increase foreign reserves, and provide security to lives and property, yet his business participates in devaluing our currency by establishing a factory that produces what Nigerians can consume.”

“From the foregoing, it is clear that if Obi is allowed to govern this country, he will bring Nigeria to its knees and return it to the Stone Age.” In a nutshell, we do not want someone to rule Nigeria who cannot replicate his achievements as Governor.”

Related Topics:2023: Don't Waste Your Votes On ObiSays APC Youth Leader
Up Next

Don’t expect our support if you work against Atiku – Ex- Minister, Oyelese, others tell PDP candidates ahead of 2023