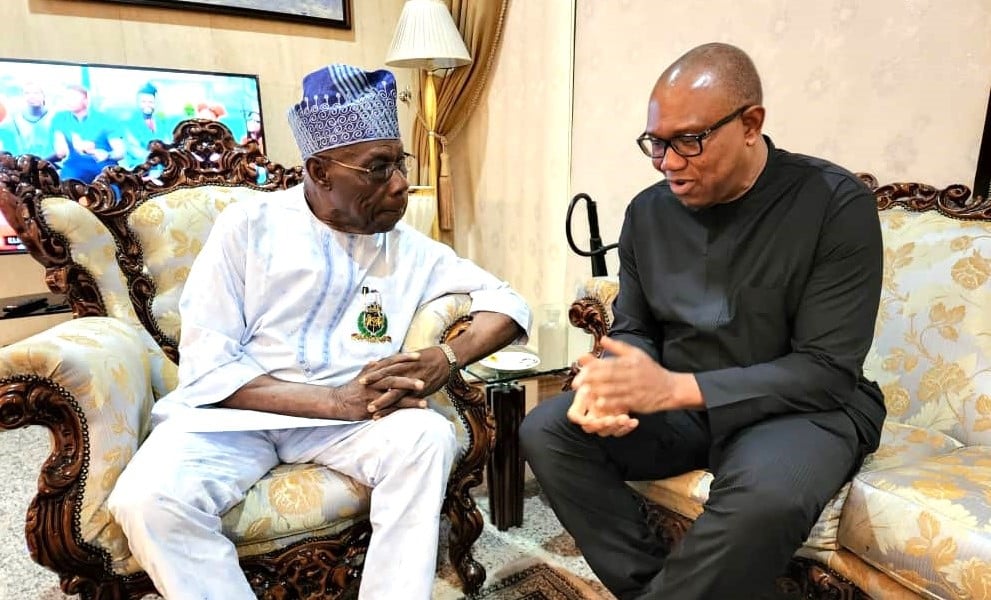 Former President Olusegun Obasanjo is enraged over a claim trailing his backing of Peter Obi to win the 2023 presidential election.

The former Head of State endorsed the Labour Party (LP) flagbearer in a lengthy letter to Nigerians on January 1.

“My dear young men and women, you must come together and bring about a truly meaningful change in your lives.

“If you fail to redeem yourself and your country, you will have lost the opportunity and will have no one to blame but yourselves and posterity will not forgive you”, he stated.

The open declaration, widely considered a major boost for Obi’s ambition, jolted the ruling party and the opposition.

Since then, certain social media posts and publications accused Obasanjo of receiving inducement.

In a chat with Track News, one of his aides, who asked not to be named, debunked the insinuation.

He wondered how a man who led the country as a military and civilian leader would sell his conscience.

“I am not authorized to speak publicly but I can confirm to you that it’s all lies, fake news.

“How much does anyone have to buy a man like Obasanjo? When did speaking one’s mind become a problem?

The aide revealed the retired General groaned about the allegation when he was informed.

“Some VIPs have been calling him about it. Baba was so angry that he raised the matter.

“We checked and discovered it was one or two news sites that are not mainstream.

“We told him to ignore it because this is an election period and people will say things”, he added.