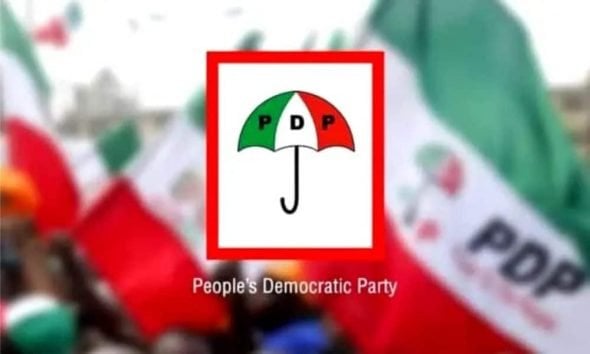 Elections in Rivers State often come with intriguing twists and the 2023 election is no different from past elections in the State.

With over 3.5 million registered voters and the strategic importance of the State at the national level, the battle over who controls the resources of the State becomes even more interesting.

The current governor, Nyesom Wike, will be completing his second tenure by May 29. This means a brand new government will emerge and with the incumbent governor not in the race, it leaves the contest wide open.

The Supreme Court judgement took the APC off the ballot, leaving the PDP with the “small” political parties to battle with in that election.

However, the African Action Congress (AAC) which was adopted by the APC to challenge governor Wike in the election put up a big stunt that almost scuttled the victory of the PDP.

A member of the APC, Mark Uche said “AAC was leading in that election before it was suspended by the Independent National Electoral Commission”.

Fast forward to the 2023 election. Since the completion of party primaries in May 2022, the PDP in Rivers State has dragged most of the opposition parties to the Federal High Court seeking disqualification of their candidates.

The PDP argued in the court that the parties failed to comply with the Electoral Act in the conduct of their party primaries.

So far, the PDP has lost almost all the cases either at the Federal High Court or the court of Appeal.

The Appeal Court in all the cases ruled that the PDP lacked the locus standi to challenge the primaries of other political parties.

“INEC is not stupid to shortlist the candidates names if due process was not followed. So PDP should not be the one saying that.

“INEC was satisfied with the way the primaries were done”.

Accord is one of the parties which got favourable judgement against the PDP at the Federal High Court over alleged non-compliance with the Electoral Act.

The Accord Governorship candidate, Dumo Lulu Briggs, while reacting to the judgement of the court had said “this is an internal affairs of other political parties, nobody in that party is questioning the conduct of the primaries and you, PDP, meddlesome interloper, you have your own issues in your own party and you think that you will drag everybody else to court. Today at least, justice has been served”.

However, Gov. Wike may have agreed that the PDP’s intention is to ensure that other parties do not contest in the election using whatever means available to it.

Speaking during a thanksgiving service of the PDP in Rivers State to mark the beginning of the campaigns in December 2022, the governor said “going to court is part of the electoral process. If two of us are supposed to go to the ring and it will take us 12 rounds and I see a loophole where I don’t have to wait till the 12th round and I knock you out in the first round, is anything wrong?

“All of you crying that they took you to court , you’re an amateur. When I know that you have made mistakes on how to run elections, should I leave you?

Advertisement
Related Topics:2023: Rivers PDP in desperate move to stop opposition
Up Next

BVAS has come to stay, no more rigging by opposition – Gov. Diri