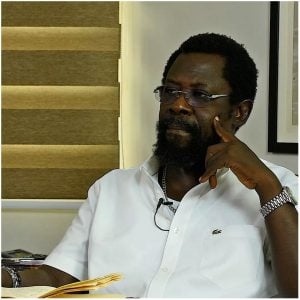 According to Dele Farotimi, a member of the Labour Party, LP, Presidential Campaign Council, All Progressives Congress, APC, presidential candidate Bola Ahmed Tinubu has chosen to remain evasive and dubious about submitting himself to debates outside his control.

He stated that his party has discovered that whenever Mr. Peter Obi has had to submit himself to debates, it is either Kashim Shettima representing the APC campaign or Governor Ifeanyi Okowa representing the Peoples Democratic Party, PDP.

“We have an electoral process that includes debates, town hall meetings, and interactions with the public, at least with the critical members of the public, because not all 200 million Nigerians can fit into these stadiums where these jamborees are held.”

“It is expected that people like you can ask critical questions and will have the opportunity to do so of the presidential candidates.”

“At least four leading candidates are expected to submit to this process, but one candidate in particular, Asiwaju Bola Ahmed Tinubu, has been particularly evasive and dubious about submitting himself to any sort of interrogation that is beyond his control.”

“We have had occasion to jokingly demand that he come and submit himself to the Arise TV studio, that if he dares, I will wear his cap (the BAT cap) for the duration of this season.” However, the gentleman has continued to avoid this.

“And what we’ve discovered is that whenever his excellency Mr Peter Obi has had the opportunity to submit himself to this debate, it’s almost as if Shettima is coming on behalf of the APC campaign or, as we had in the last one in the Arise town hall meeting, you had Governor Okowa who came around,” he explained.

Related Topics:2023: Tinubu avoids debate; if he honors a BAT capI'll wear it - Dele Farotimi
Up Next