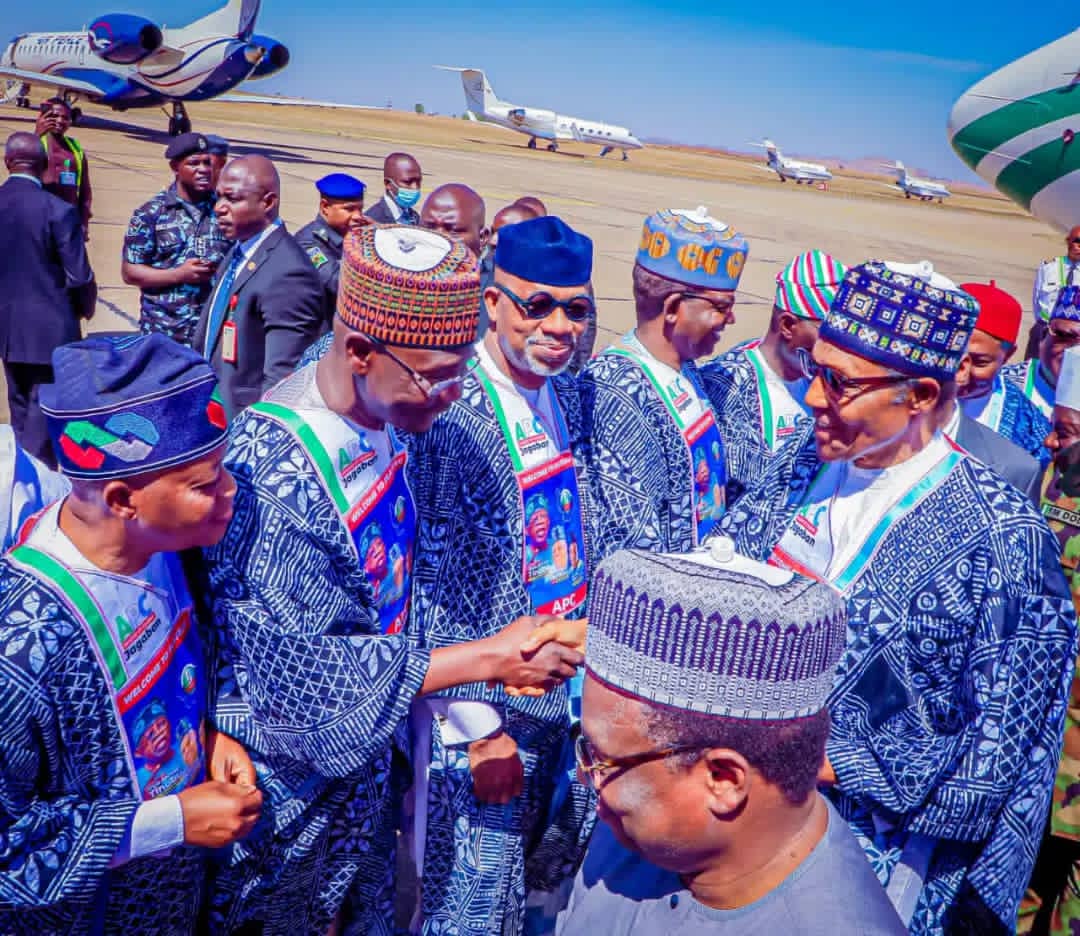 Bola Tinubu, the All Progressives Congress (APC) Presidential candidate, has praised President Muhammadu Buhari for his contributions to the nation’s development.
Tinubu made the remarks on Tuesday at the start of the APC presidential campaign in Jos, the Plateau state capital, at the Rwang Pam township stadium.

The APC presidential candidate stated that when history is written, it will be kind to Buhari for the accomplishments his administration has made in eight years.

He claimed that when Buhari took power in 2015, he rescued the country from Boko Haram terrorists and dismantled strange flags in areas taken over by the insurgents.

Tinubu stated that the country will not collapse under the ruling APC, and that if elected President in 2023, he will renew Nigerians’ hope.

“Nigeria will not sink in the time of APC,” he said. When the history of this period is written objectively, it will smile upon you. Don’t be concerned about what they say. We will continue to write history.

“Hope is alive and well. They believed they could bury hope, but I recall from a speech I gave in 2015. When there was an issue, the British were sinking. They turned to Winston Churchill, their general. From 2011 to 2015, we were in trouble, and we turned to our general, Muhammadu Buhari.

“We put him in charge of rehabilitating the country and redeeming the nation’s promise.” What exactly did he do? He began by removing strange flags from our local government areas. “Thank you, sir,” we say.

Related Topics:2023: Tinubu tells Buhari that history will be kind to him
Up Next

Tinubu mocks Atiku, the PDP at the APC campaign launch.