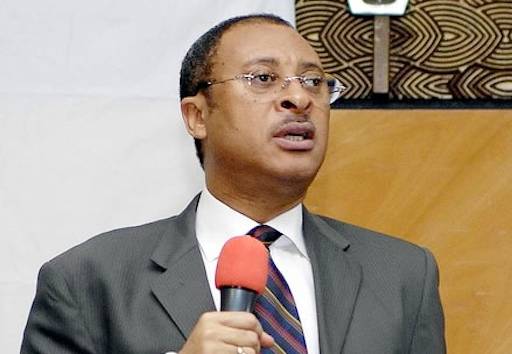 Leader of the National Coalition Front NCFront and convener of the Big Tent coalition of Political Parties, Social Movements and Civil Society organizations, Professor Pat Utomi, has protested against what he described as the non-distribution of Permanent Voter Cards PVCs in the coffers of the Independent National Electoral Commission INEC, alleging that at least 9.3 million such cards were lying idle in the commission’s offices.

Utomi, who disclosed this when he, alongside the chief spokesman of the Peter Obi/Datti Ahmed (Labour Party) Presidential Campaign Council, Dr Tanko Yusuf, and Dr Austin Kemie, led an advocacy walk to INEC Headquarters under the aegis of the “Big Tent” yesterday, urged INEC to decentralize the process of PVC collection and if possible, take the cards to the doorsteps of Nigerians.

Most PVCs ready for collection

In a swift reaction, INEC disclosed that most of the PVCs were ready for collection, adding that the number of Nigerians who had collected their cards were more than those yet to do so.

Chief Press Secretary CPS to the INEC Chairman, Mr Rotimi Oyekanmi, told Vanguard that it is the duty of registered voters to collect their cards in persons and not by proxies.

He said: “The Independent National Electoral Commission has offices in all the states of the federation and the 774 local government areas to make the Permanent Voter’s Card, PVC, available for collection.

“Every registered voter has an obligation to collect his or her Permanent Voter’s Card in person. The PVC cannot be collected by proxy and there is a reason for that.

“Already, Nigerians have been collecting their PVCs. The only units that are not yet available for collection, but which will be made available soon are the ones belonging to voters that registered between January and July this year, as well as those who applied for transfer or replacement within the same period.

“The commission has made adequate arrangements to make the PVCs available for collection before the 2023 general election”.

No need for PVCs

But Utomi queried the necessity of even having the PVC as a requirement for voting, saying with biometrics authentication of a potential voter, there was no need to have a physical card.

He said: “It is the duty of INEC to do everything possible to decentralize and take down to the people, their PVCs, to make sure that everybody who was registered gets his or her PVC.

“We even know that the process is biometric. So, it should not even matter if they don’t have it (PVCs). Once their faces and fingerprints are recognized, they should be able to vote. It is not acceptable for Nigerians to be disenfranchised.

“We know that about 9.3 million voter cards are yet to be collected and are sitting idle in INEC offices. We want an explanation. If INEC needs help, we are ready to volunteer so that these cards can get to their rightful owners.

“We also want to discourage persons from further vandalizing INEC offices and burning PVCs which is capable of disenfranchising Nigerians. There is urgent need for the dissemination of information regarding the PVCs”, he added.

Utomi urged INEC to make extra efforts towards the distribution of PVCs to Nigerians, especially persons with disabilities.

Tanko on his part, urged all “Obidients”, that is supporters of Mr Peter Obi, to ensure they replicated the advocacy walk across the states and wards in order to collect their PVCs.

Receiving the petition on behalf of INEC, an Assistant Director at the headquarters, Kelechi Maduneme, said the commission does not have the capacity to distribute PVCs, stating that Nigerians had to go to their respective INEC local government offices across the country to collect the cards.

He said: “I have collected the letter on behalf of my director and it will be delivered to the Honourable Chairman.

Advertisement
Related Topics:2023: Utomi challenges INEC to distribute 9.3m PVCs in its coffers
Up Next