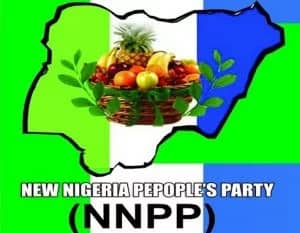 Former NNPP members in Zamfara State who defected to the All Progressives Congress (APC) claimed they realized the NNPP could not win any political election in the state.

The defectors, led by Hon. Babangida Haruna Damba, former NNPP Organising Secretary in the state, stormed the Zamfara State Government House to express their support for the ruling APC.

According to Track News, out of the 14 local governments in the state, the chairmen of ten of them defected to the APC.

Damba declared their decampment and stated that they had already collapsed the NNPP structures, with the majority of the party’s exco members following them.

He claims that the decision to dissolve the NNPP structures and join Governor Matawalle and the APC was made due to the NNPP’s lack of internal democracy.

He maintained that there are strong indications that the party will lose all contestable state and national positions in the 2023 general elections.

Damba went on to say that the NNPP presidential candidate is only running as a spoiler, ready to bury the party at the end of the elections.

Governor Matawalle expressed happiness and commended the defectors on their wise decision to join the APC, assuring them of treatment and opportunities within the party. He also urged them to continue to follow the law and persuade more people to join the winning party.

The State Chairman, Alhaji Sani DD Anka, the Organising Secretary, Hon. Babangida Haruna Damba, the Treasurer, Alhaji Hamza Yahaya, and Ibrahim Muhammad, who was in charge of welfare, were among the NNPP executives who defected to the APC.

Advertisement
Related Topics:2023: Why we defect to APC - Zamfara NNPP defectors
Up Next