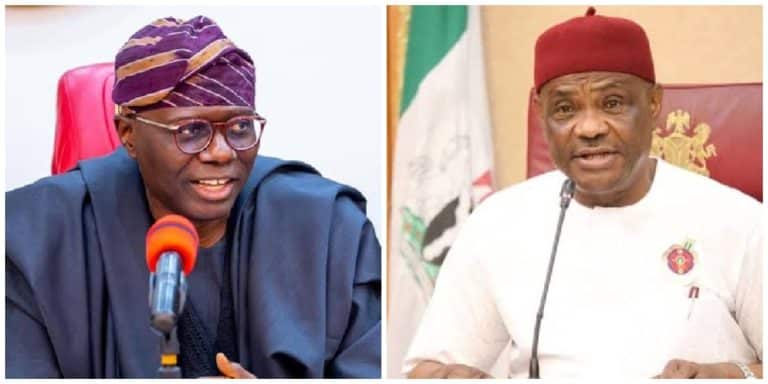 According to Ogungbenro, the endorsement is just a political statement used to call PDP to order. He also added that the PDP leadership can’t sanction Wike for anti-party activities because of that particular action.

Tracknews reports he made this submission during an interview with Punch.

Asked if the PDP may consider sanctioning Wike, Ogungbenro replied: “For what! That’s politics for you. Has Atiku been sanctioned for reneging on the earlier agreement? What is sauce for the goose is sauce for the gander. It’s a mere political statement to knock them to submission.”

It will be recalled that despite having a candidate for the Lagos governorship election, Wike openly endorsed Sanwo-Olu of the All Progressives Congress (APC) while speaking at the 22nd National Women’s Conference organized by the Committee of Wives of Lagos State Officials (COWLSO) back in October 2022.

He told the Peoples Democratic Party (PDP), candidate, Olajide Adeniran, also known as Jandor that he and others seeking to become the next Lagos Governor in 2023 are only wasting their time.

Wike added that he has no regrets for openly endorsing Sanwo-Olu, stressing that his endorsement of his Lagos colleague was borne out of his conviction about good governance.

Related Topics:2023: Why Wike Endorsed Sanwo-Olu – PDP Chairman
Up Next

‘Why Obi, Atiku are not eligible to be president’